What Boldness Means to Me 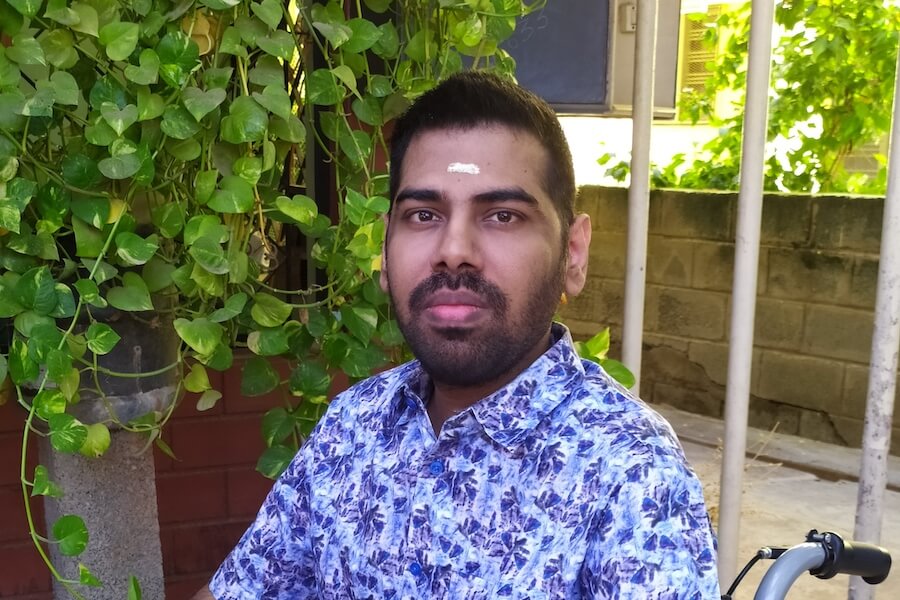 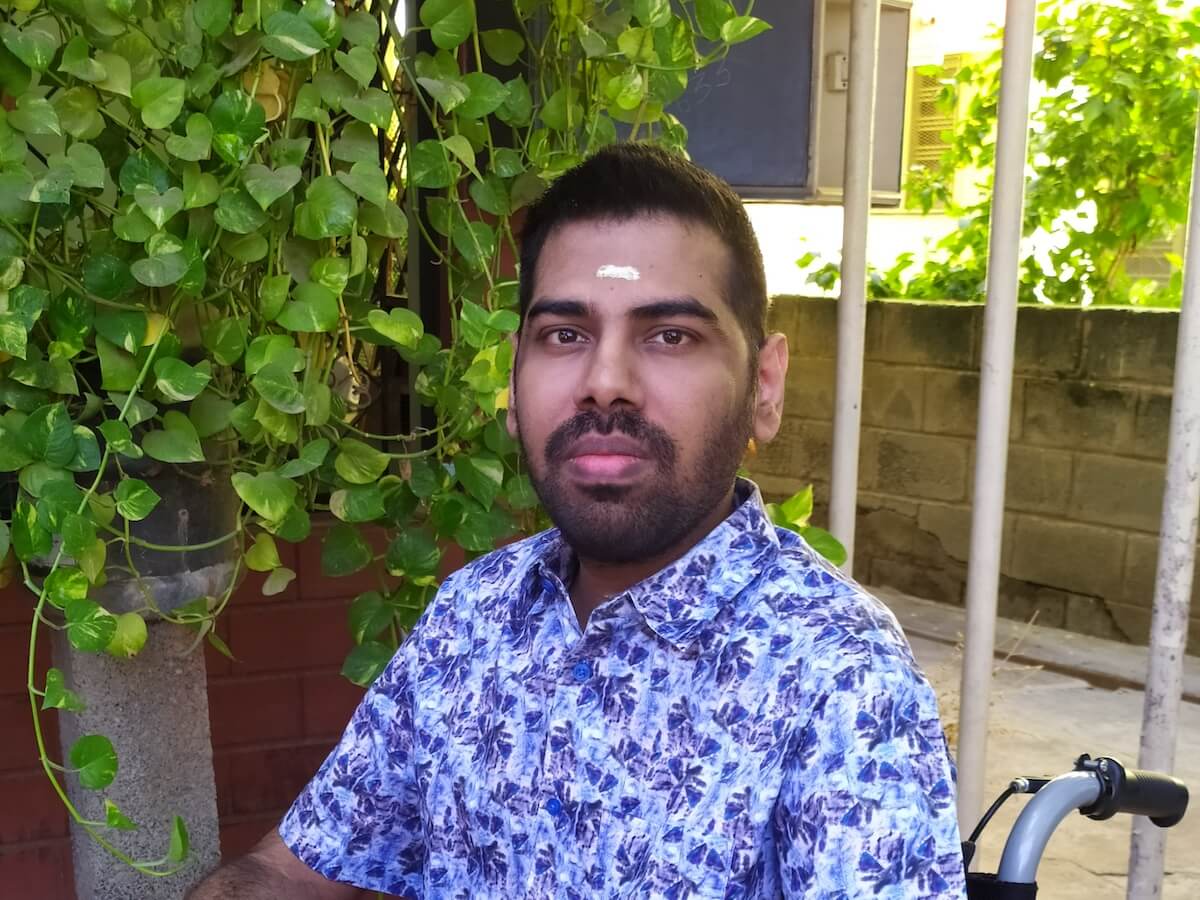 My experience with Leigh syndrome has opened my eyes to how many people are impacted by rare disease — and what we can do about it.
By Raghavendran Srikanthan, as-told-to José Vadi

When Raghavendran Srikanthan, who goes by Raghav, was preparing to enter university and pursue a degree in computer science, his body began saying No. He experienced shortness of breath when he started to run and a growing weakness in the muscles of his lower body. He was diagnosed with muscular dystrophy and lived with this knowledge for years, before circling back on an old note from a doctor recommending genetic testing. That’s when, in 2019, Raghav was diagnosed with Leigh syndrome, a rare disease that leads to a progressive loss of mental and movement abilities and eventually, vision, kidney, heart and respiratory complications. Raghavendran’s case is particularly unique given that Leigh syndrome typically presents during infancy or early childhood.

Based in South India, Raghavendran spoke with us about how he discovered allies through the Cure Mito Foundation, who are partnering with AllStripes to advance research around this rare disease.

In 2005, I was 18 years old and finishing my last years of what you would call high school, before going to university. My dad actually noticed I was finding it very difficult to climb stairs. I couldn’t walk fast or climb the stairs quickly. These were the first symptoms, like muscle weakness. If I hit some stone or pit in the ground, I used to fall down and needed a lot of help getting up.

My parents took me to a neurologist and they ran some blood tests. They did a CPK (creatine phosphokinase) blood test. That level should be in a specific range and we were out of that range. We also did EMG (electromyography) tests, measuring nerve and muscle function. My neuro function was very poor. They said I had muscular dystrophy, indicating weakness in muscles. He said, Take vitamins and do exercise, that’s the only remedy, at present there’s no medicine or cure. We didn’t know anything about genetic testing or therapies. There was no such knowledge.

After 2005, I started going to school as a "normal" kid, took vitamins and exercised. I didn’t care much about my health. I used to fall down, just like that. My friends used to help me. I found it difficult finishing school before going to college. I completed university with a degree in computer science. The health problem was progressive in nature, and it was progressing very slowly. My health was steadily getting worse, day by day.

From 2005 to 2007, I took some medications to treat symptoms. I did not see any improvement. I got really frustrated with the medicines so I stopped. I really wanted to avoid taking medicines and all the side effects that came along with certain treatments.

By the time I graduated a few years later, my health had totally deteriorated. I couldn’t even walk a few meters without support. My parents consulted another doctor about my progressive condition. He also confirmed that I had muscular dystrophy symptoms but he also referred us for genetic testing. I put it off for years but was always curious.

In 2019, I finally pursued genetic testing to try to figure out which gene was the problem. We did an exome sequencing test. I took the results to the doctors and he said that I had a problem in my SURF1 gene.

I started doing Google searches around the SURF1 gene, and I found the website that was then called CureSurf1.com. I wrote to their founder, Kasey Woleben, who started the foundation on behalf of her son, Will. Immediately, I sent all my medical reports to the founder and started to talk to her via email. I found that they were mainly working with children in that foundation who are severely affected, using G-tubes, some can’t speak.

Seeing so many kids, I thought, Okay, there are many impacted by rare diseases, many are affected by this. After 2019, knowing exactly which gene has a problem and joining that foundation (now called the Cure Mito Foundation), I started to know more about Leigh syndrome. This is a mitochondrial disease that affects our nervous system — but my condition is much less severe than many children’s conditions. Kasey let me know about the spectrum and variety of the conditions, and that I was on this spectrum.

I joined her Facebook group. One day I found AllStripes collecting data and doing research on how much people are affected and I registered. She asked me to become an Ambassador, and I agreed.

My advice to anyone with a rare disease is that we have the power to change ourselves according to the challenges we are facing. I used to speak to people in India and encourage them not to be afraid to get tested if they have symptoms. I’d say, “Be bold, take your genetic test and approach someone reliable and try and get some help.”