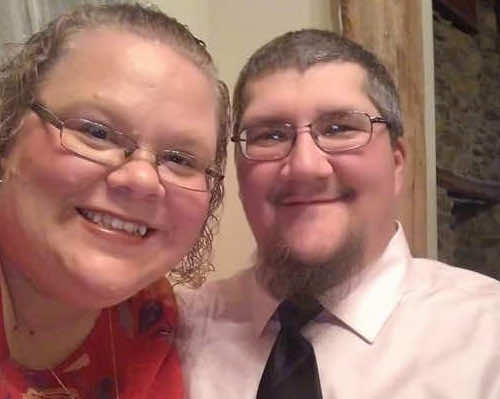 Stephen first began experiencing symptoms of myasthenia gravis when he noticed his vision was blurred while driving home from work.
By Taylor Kane

Stephen's doctors suggested his early symptoms, including weakness, were caused by his weight, but an emergency room nurse suggested that his symptoms might be caused by myasthenia gravis. Stephen got blood work that confirmed that he did, in fact, have the condition.

“I tell them that it’s called a ‘snowflake disease,’ because every single flake is different,” Stephen explains, when asked how he describes his rare condition, myasthenia gravis, to his friends and family.

Myasthenia gravis is a neuromuscular disease, which causes a variety of symptoms such as muscle weakness, double vision, difficulties with speech and more. Like snowflakes, all patients with myasthenia gravis experience the disease somewhat differently.

Upon receiving his diagnosis, Stephen’s first thought was: “What did I do to deserve this?” Even now, over a year later, he admits he still wonders this from time to time.

To cope with his diagnosis, Stephen turned to myasthenia gravis Facebook support groups. He also started his own group, Myasthenia Gravis Unhinged for patients and caregivers to share their accomplishments.

“You can post you did yard work and had a good day and were fine, or you were feeling down in the dumps for a couple days but now you’re up and moving,” Stephen explains. He believes positive posts like these are much-needed in the myasthenia gravis community.

He is a strong believer in the importance of connection among the patient community, and appreciates that social media makes this process easier. “I like to try to help people as much as I can,” he explains. He also says that this is one of the reasons he joined the AllStripes Ambassador program and the AllStripes MG research program to advance treatments.

While Stephen’s virtual community has grown, his in-person social life has suffered since his diagnosis. Myasthenia gravis causes patients to be immunocompromised, placing them in a high-risk category for COVID-19. For the past year, Stephen says he spent most of his time at home, only going outside occasionally. He also has to be careful when going outside because his condition makes him sensitive to the heat and cold.

These aren’t the only reasons why Stephen has struggled since his diagnosis. He says that when he would attend functions (pre-pandemic), people would worry his condition was contagious. He wishes people understood that myasthenia gravis is not a contagious disease, and is passed down through families.

Stephen sees his rare disease journey as an ongoing story that has no end, and encourages others with the condition to be informed and get involved.