Quinn Finds Joy in Everything 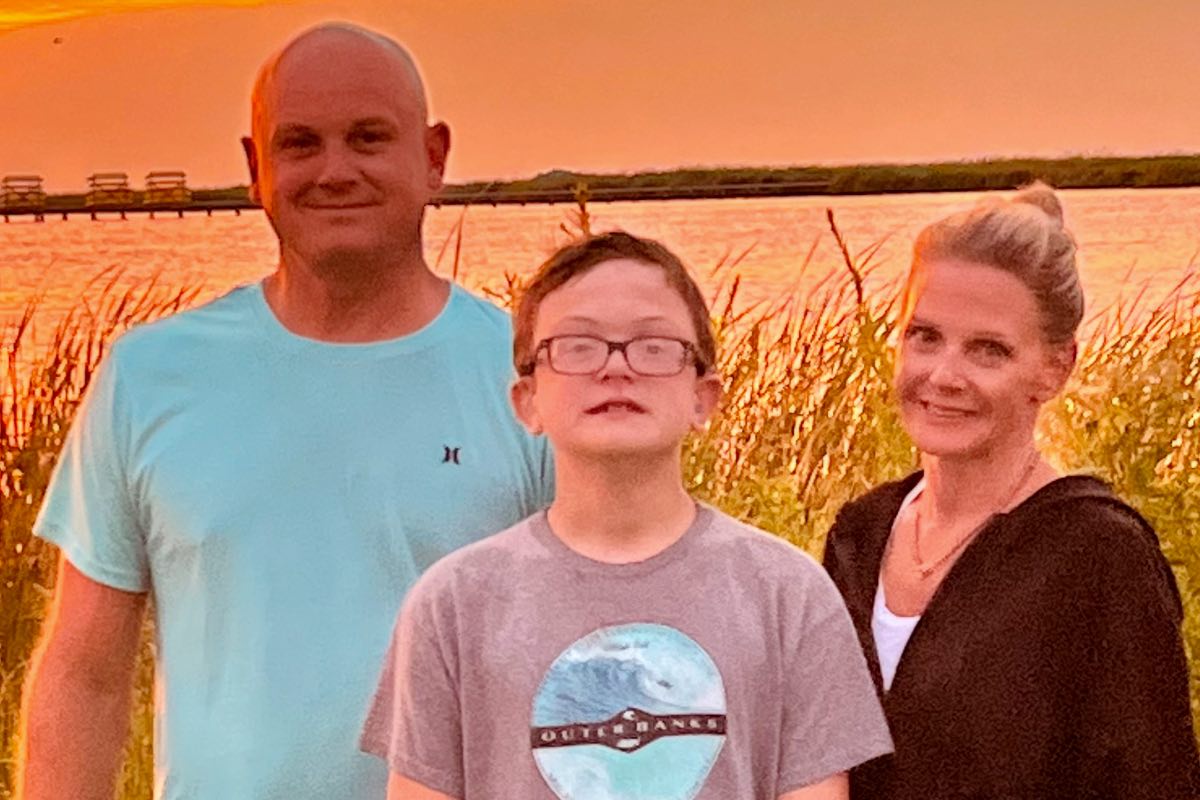 Every milestone is so much bigger to us because he does things we thought alpha-mannosidosis might not ever allow him to do.
by Dana Faerdy, as-old-to AllStripes

Over the next few years, Quinn just wasn't developing as he should. When I would bring it up to the doctors, they would say, "Well, it's because he spent so much time in the hospital. He's delayed on all his milestones." He didn't walk until he was two and a half, and he wasn’t talking. We also found out he was hard of hearing, with very, very poor vision. I would keep bringing it up and I would keep getting blown off.

Finally, I was typing his symptoms into Google, and I went to my husband, "I think he has Hurler syndrome,” which is in the same family as alpha-mannosidosis. So we went and sought out genetics at Columbia Presbyterian, where he had his heart transplant. I went over all my concerns and what I was seeing. So they said, "All right, we'll do whole exome sequencing.” I was told it could take up to six months, and about five or six months later they called and said, "We do have a diagnosis. He has alpha-mannosidosis.” My husband has the gene deletion, and I have the gene mutation. Because alpha-mannosidosis weakens your immune system, doctors thought he may have gotten a virus that didn't show up in tests, and that’s how he got the heart condition.

When we first got the call with the diagnosis, it was devastating. I asked them, "What can be done about this?" They said, "Well, there's not really a cure. The only thing is a bone marrow transplant." But Quinn having had a heart transplant made that riskier and trickier to do.

We just sat down and researched, and for the next year, we traveled to different hospitals. We went to Dana-Farber in Boston, to Seattle, to Minnesota, to New York — all these different places that do bone marrow transplants to see what they thought about Quinn having a bone marrow transplant after having had a heart transplant. Some places said, "It might be okay." Some didn’t advise it.

In the meantime, we found out that one of Quinn’s brothers was a perfect match. So that was good news. After visiting every place, we decided to have the bone marrow transplant done at University of Minnesota Children's Hospital because they specialize in lysosomal storage disorders (alpha-mannosidosis is a lysosomal storage disorder), specifically Dr. Paul Orchard. We ended up moving the family out to Minnesota so Quinn could get his bone marrow transplant in 2015. My husband was always onboard with having the bone marrow transplant. I was not. When we first found out, I was really hoping for enzyme replacement therapy, but it wasn’t available yet. I had to come around.

The bone marrow transplant went well. We were able to have Christmas back at home. Since the bone marrow transplant, there's been a big difference. Quinn’s hearing improved a little. His vision improved a little. His mobility took off. Before that, he struggled walking long distances. Now he plays soccer on a team, and he plays basketball, football and baseball all day long with his dad and his grandfather.

Even his facial features have changed, which is odd. When we got home from the transplant, Quinn was five and a half, and he got potty trained as soon as we got home. Everything just turned around for us. His speech is coming along, but we do some sign language if he doesn't have his hearing aids in, or if there's something we're struggling to understand. He definitely has lots of learning delays.

Every minute and every milestone is so much bigger to us because there are things we weren't sure he would ever be able to do.

Now he’s so active. He plays all day long. He's always happy, and he finds joy in everything. We've also learned that everybody goes at their own pace, and that's fine with us. He's 12, and he’s not reading yet, he doesn't know math, but that's okay with us. He will when he’s ready.

I remember how I felt when we first found out Quinn’s diagnosis: I wanted to talk to anyone else in a similar situation just to have a glimmer of hope, or to see what somebody else's life is like. I would love to be that for other people. AllStripes has been really helpful for me, because they reach out to me — "What can we help you with?" They check in. For somebody like me, with all my family has going on, I need that. Sometimes I need a little boost.

We Were Asking Questions Nobody Could Answer
September 23, 2022
View all