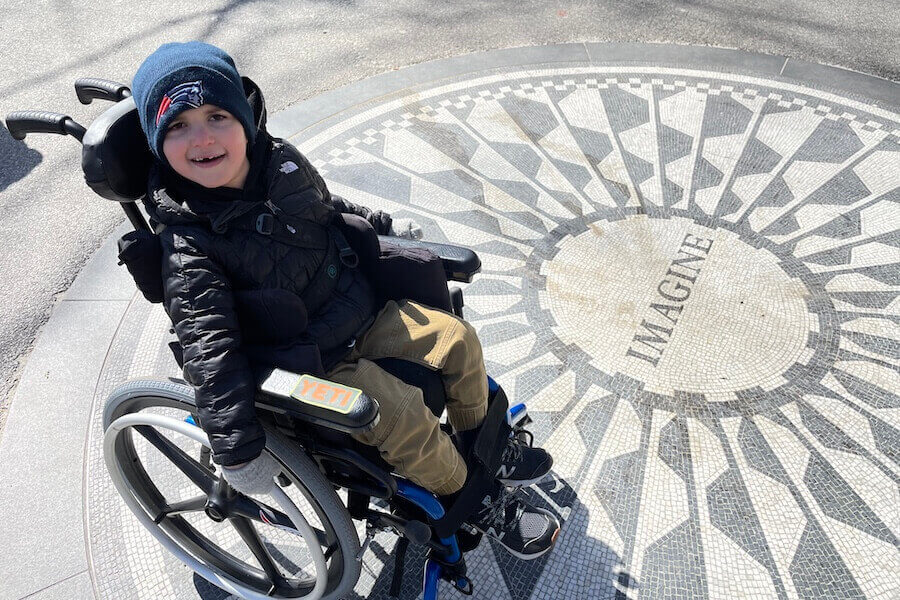 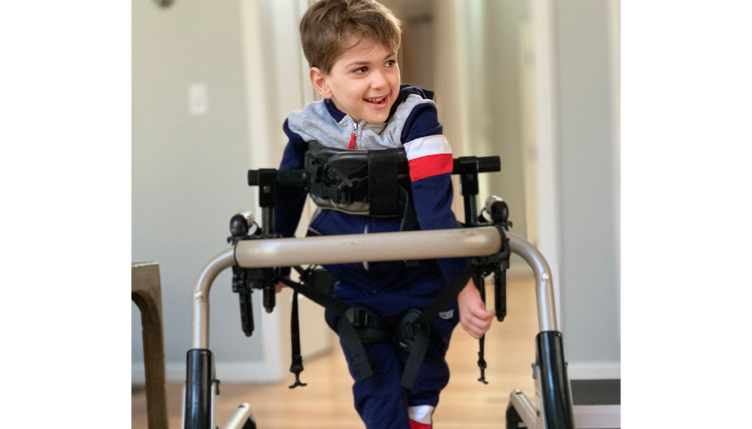 Doctors initially thought Julian had cerebral palsy, but after genetic testing, he was eventually diagnosed with Lesch-Nyhan disease. Now, his mother brings what she's learned from this experience into the classroom.
By Taylor Kane

Having a background in childcare and education, Danielle took notice when her son, Julian, began missing milestones at four months old. Pediatricians told Danielle not to be panicked but all she could see were red flags. “My mother’s intuition said there was something bigger going on here,” she says.

Five months later, Julian was given the umbrella diagnosis of cerebral palsy.

“It’s a common misdiagnosis for any rare motor disease,” Danielle explains. When Julian was around two years old, his MRI showed results that were not congruent with cerebral palsy, so the family decided to pursue genetic testing. Julian was then diagnosed with Lesch-Nyhan disease.

Lesch-Nyhan disease is a rare condition that is hallmarked by self-injury similar to behaviors seen in some cases of severe autism. When Julian received his diagnosis, Danielle researched the condition and was shocked by what she read, with some Lesch-Nyhan patients eventually needing restraints or dental operations to ease their frequent self-harm. “Lesch-Nyhan is an amazingly devastating disease,” Danielle explains.

Danielle describes the day Julian was diagnosed as one she will never forget. She remembers she looked at her son and feared for what his future would be like. While she is grateful for how Julian is doing health-wise, she admits that she still hasn’t fully digested her son’s rare condition.

After Julian was diagnosed, Danielle did what most rare parents do and turned to the internet, particularly Facebook, to meet other families impacted by Lesch-Nyhan: “I’m a community member that is able to get valuable information from other parents who have been in the Lesch-Nyhan world for decades.”

Danielle believes she would be lost without these social media groups. ”I am so grateful for social media, because without it, how do members of the rare community connect globally?”

Today, after taking some time off over the years to help her son, Danielle is continuing her career as a teacher. Danielle has 15 years of experience teaching, and believes having a son with medical complexities has changed her teaching style. She makes an effort to “teach to all learners” and educate herself on her students’ specific needs and learning styles. She says she has brought so much of what she learned through Julian into the classroom.

When she is not at school, Danielle does whatever she can to help find treatment options for her son and other children with Lesch-Nyhan. An AllStripes Ambassador, she calls the platform a “Godsend that she needed.” She wants to help other Lesch-Nyhan parents understand that the AllStripes platform is a “safe place” that will help their community drive research forward.