Even as a Nurse, I Was Overwhelmed 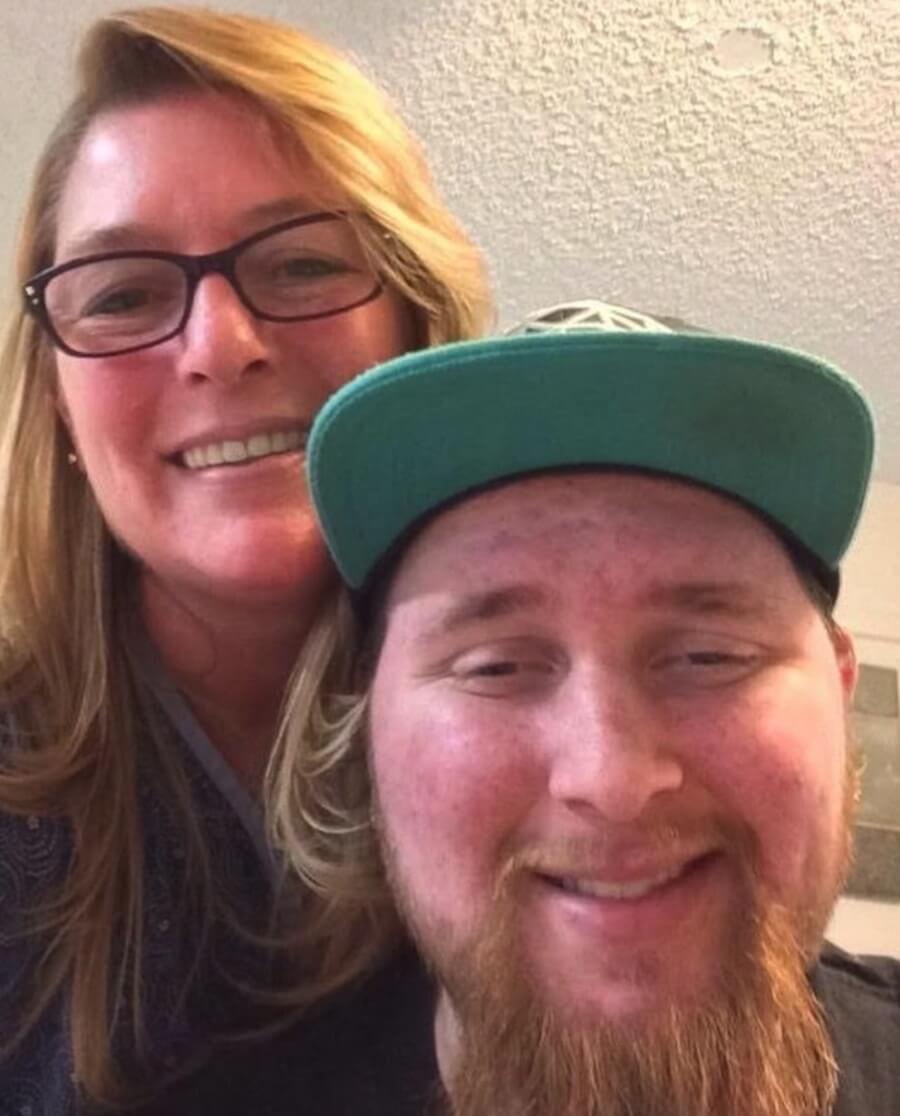 I can’t imagine how parents without medical training take care of children with ALD.
By Jamie Barlow, as-told-to AllStripes

For a long time, Jamie Barlow thought her son Bradley’s frequent illnesses were somehow her fault — she’s a nurse, and for a while, she thought she was “Typhoid Mary,” bringing home every illness there was to her child. The older he got, the worse he got, and Jamie knew there was something wrong. When he didn’t get better, she knew she had to look to her biological family history for answers.

My little boy's name was Bradley. As a toddler, he jumped off the bed and broke his leg, after several months, the leg would not heal. For someone that age, 3 ½ , a broken leg should be healed in six weeks flat. He had other issues; for a day or two at a time, he would be completely overactive. Then for two to three days after that, he would be lethargic, vomiting and have diarrhea with no fever.

As an adoptee trying to find some answers, I went looking for an adoptee search engine. On Halloween night in 1999 I found a new site. I wanted to post my story, and noticed there was an option to go public with my story. I posted my story to the public.

Soon after getting off line, I was contacted by a talk show representative for Dr. Joy Browne.

Over the next 24 hours arrangements were made for me to fly to New York to do a taping of the show. They wanted to air this special show prior to the holidays.

The taping was November 3, 1999. Halfway through my interview, while on stage, they pulled my biological mother, Paula, out of the audience. My half sister and nephew were also there. After the interview, my newfound family and I were allowed to go backstage and get to talk with one another. On the way back to the airport we got to ride together. My half sister, Margaret, wrote down a very long word, “adrenoleukodystrophy.” She said, "Unfortunately, we have a very lengthy history of this in our family, and this is most likely what's going on with your son."

I looked it up when I got home, and I was like, "Holy crap."

The next day I returned to work, I was working in pediatrics that day. After I had explained what had happened, I asked the chief of pediatrics to order the diagnostic test for me and he refused. I asked him why, he said the likelihood of that being the problem is slim to none.

The following day I was working in the OB/GYN department. I explained my story, meeting my bio family and the family history. I asked him to order my carrier status, and if I were positive then we could order the tests for my kids. The chief of OB did order the test, but he did say he didn't want to be the one to give me my results. My test came in and he handed me the envelope to read my results so he didn't have to. He had not looked at the results.

Opening the envelope, unfolding the piece of paper ... the look on my face and the tears running down my face let him know what the results were.

He was already prepared to get me to the correct place for further investigation, for my family. He ordered the test for Bradley and my daughter Candice. And even  though the tests were not done yet, the chief of OB wrote a referral to Genetics.

Bradley was diagnosed with ALD the day before Thanksgiving 1999.

We went through a battery of tests, and confirmed that Bradley also had Addison’s disease (a condition many males with ALD also have). We were able to put him on medication to keep his body healthy, and we started getting blood tests and MRIs of his brain every six months. It just became part of our life.

Just after Bradley graduated high school he was assaulted, and he had to get a CT and an MRI as a result. The MRI showed that his ALD had taken off like gangbusters. After talking with the team of doctors following Bradley, we decided to pursue a bone marrow transplant.

Three days after the transplant, Bradley had a stroke.

Through additional testing, the doctors found out he actually had another genetic disease called Factor V Leiden, which is a blood-clotting condition. I asked the doctor, "Can you please put that order in for me so I can go get tested immediately?” I already felt guilty enough giving one disease to my kids. So I went down and got tested for this Factor V Leiden, and I was negative.

About three years later, just before his dad’s birthday, Bradley called from his dad’s house and asked for my help encouraging his dad to go out to celebrate his dad's birthday. I talked to his father, and he finally agreed to go out. Brad wanted sushi for dinner. We had a good time, and after dinner, he and his dad were dancing in the parking lot.

That night, we got home and started doing our normal routine before bed. Bradley asked, "Mom, will you sleep in my room with me tonight? And I said, "You okay, bud?" He goes, "Yeah, I just need you with me tonight." So I went to sleep in his room.

The next morning, I was getting his coffee and meds ready. I got him comfortable on his couch. I was in the kitchen when he started yelling at me he hurt all over. I went over to him quickly. He was completely sweaty. I called 911, and we went to the ER. His vitals started dropping off, and he coded. The nurses started CPR. He briefly came to, and the second time they started CPR, I just prayed, and I said, "Just take him home, just take him home. It's okay. Just take him home." He died of a blood clot to his heart, at 2:30 in the afternoon on the 22nd of July.

There was so much care that was needed for him every day. His caregivers were absolutely amazing. They allowed me to go to work every day so I could support my family.

I could not imagine a parent with no medical training, being able to take care of their child, like Bradley, who needed so many detailed procedures done multiple times every day.

Even as a nurse, I was overwhelmed with what had to be done. So when I learned about AllStripes, I wanted to support the research as much as I could — for people with ALD and for ALD carriers, because we carriers of ALD have health issues too. I'm more than happy to give whatever needs to be done so we can stop this monster.