A Glimpse Into Linnea’s Future 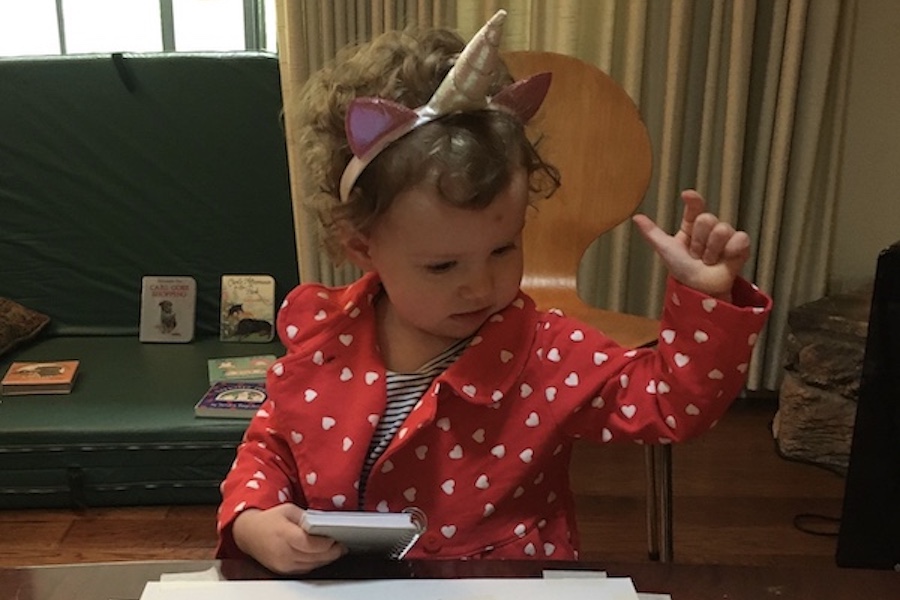 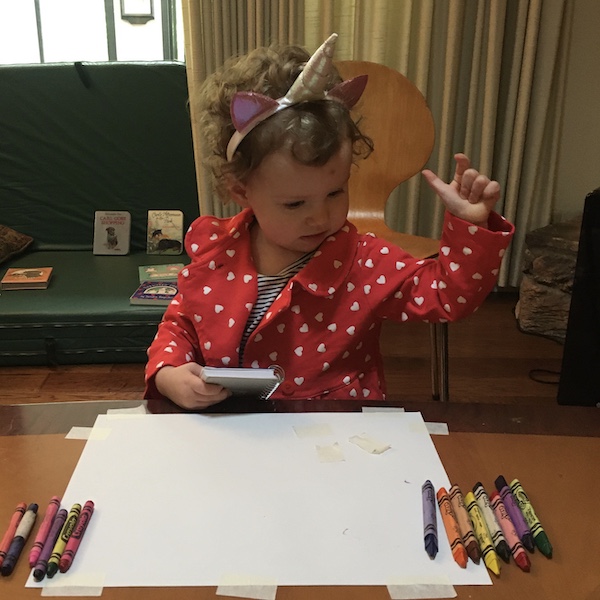 After Dinah’s daughter was diagnosed with CCM3, a rare condition that causes brain lesions, she went looking for clues about what might lie ahead.
By José Vadi

When people meet her daughter Linnea — a friendly, joyful toddler — they often ask Dinah about her 2-year-old’s orthotic leg brace.

“Usually I say, ‘Well, she had a stroke when she was one.’” If people inquire further, Dinah introduces them to the rare disease CCM3 syndrome. “I say, ‘She has a genetic condition that causes lesions to form on her brain and those lesions can bleed, and that can cause really bad symptoms.’”

CCM3 (Cerebral Cavernous Malformation 3) syndrome is a genetic condition characterized by leaky, abnormal mulberry-shaped blood vessels in the brain and spinal cord called cavernous angiomas (CCAs), which increase the risk of seizures, cerebral hemorrhage, benign brain tumors and scoliosis. Although CCM3 is incredibly rare, with only about 250 diagnosed cases worldwide, it is a form of cavernous angioma or CCM. Cavernous angioma is more common than CCM3, affecting 1 in 500 people. Current treatment for CCM3 is aimed at easing symptoms and surgically removing the abnormal blood vessels.

Back when she was 9 months old, Dinah noticed that Linnea wasn’t crawling. She had trouble holding her bottle with her right arm and didn’t seem to move her legs very much. When she turned one, a pediatrician expressed concern that Linnea was missing developmental milestones, but didn’t connect the dots between her symptoms and the possibility of a neurological condition. It was Dinah who pushed for a referral to a specialist, an experience all too familiar to the rare disease community.

A few weeks ahead of her appointment with a neurologist, Linnea became inconsolable during a bout of crying and began vomiting before briefly falling unconscious. Dinah rushed her daughter to the emergency room, where they discovered Linnea had had a stroke.

“They did a CT scan to see what was happening in her brain, and there was this shift in tone in the emergency room. The doctor came in and said, ‘I’m so sorry, your daughter has a mass on her brain.’ We didn’t start crying — we were relieved. We thought, Finally, there’s evidence that something is wrong.’”

As scary as it was, this new knowledge gave Dinah and her family hope that something could change for the better for Linnea. Still, when a CT scan revealed the size of Linnea’s tumor, Dinah immediately broke down.

After Linnea was intubated and received an MRI, a doctor explained that her tumor was benign and could be removed. It would take extensive therapies, but they could expect Linnea to regain almost all of the functions she’d lost. “I was floored,” Dinah remembers. “I was elated.”

Linnea had emergency surgery to remove the tumor before beginning an ongoing rehabilitation regimen. About a month afterward, Linnea’s genetic tests came back, which is when she was officially diagnosed with CCM3. Though she didn’t quite understand the seriousness of the diagnosis at first, the relief Dinah felt at getting through the surgery began to fade.

A few months later, Linnea’s neurosurgeon saw signs of another hemorrhage and the risk of another surgery within months. Fearful of future surgeries but equipped with Linnea’s diagnosis, Dinah went searching for help. She found and emailed the general inquiry address at the Angioma Alliance and received a note from the CEO — a rare disease parent herself — that same evening. Now a member of the organization’s Board of Directors, Dinah says that initial connection led her to AllStripes.

“I like the idea of a rare disease patient being special because they really are. It’s exciting to be pushing science in ways that will not only help us but everybody who doesn’t have a rare disease. With CCM3 there’s a lot of overlap between CCM and cancer research.”

Dinah also notes that AllStripes helps her see a “broad range of outcomes” of people living with CCM3 — from toddlers like Linnea to adults raising children themselves — and gives her a glimpse into Linnea’s future.

“It’s helpful to have AllStripes because eventually we’ll be able to see a bigger picture of what the CCM3 community looks like. The more information, the better.”

As the parent of a child with a rare disease, Dinah tries to remain in the present.

“Linnea’s such a wonderful person. I’m often overcome by the position that we’re in. It’s a very overwhelming place to be when you think about all the different people who are trying to help and working for a better solution.”