Doctors First Thought Mindy Had Leukemia, But Her Nosebleeds Were a Sign of Something Far More Rare 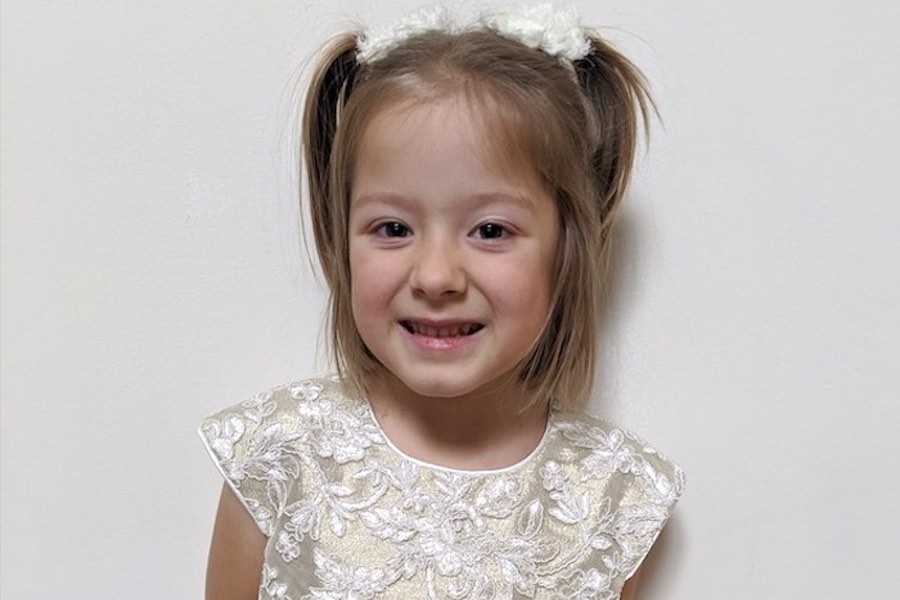 Mindy loves dance and gymnastics and has been a little warrior since day one. She, and her family, are managing a rare condition called ITP.
By Catherine Cooke

At age 5, Mindy is a gregarious friend-to-all.

“Whenever we go to the playground, she’s always making a friend,” her father, Jacob, shares. She loves her dolls, and her clever imagination is constantly dreaming up new adventures for them. Mindy’s lively spirit is perfectly suited for her favorite activities: dance and gymnastics.

However, the future is uncertain for Mindy. These favorite activities of hers could one day be off-limits due to an extremely rare disease called idiopathic thrombocytopenic purpura (ITP).

Because of ITP, “Mindy’s body destroys platelets...she bleeds really easily and gets bruises on her body and lots of bloody noses,” Jacob said.

These symptoms could have serious implications. A small bump could cause Mindy to bleed out, and she is at risk of a spontaneous brain bleed. There is currently no cure for ITP, and doctors are unsure what causes the rare disease. But, thankfully, many cases of pediatric ITP also resolve on their own, so it’s possible Mindy could have an ITP-free future.

Mindy’s symptoms started very early on. Her parents found “red speckles, like needle pricks, all over her body, and pretty soon, she was getting nose bleeds that were harder and harder to stop.”

One terrible night when Mindy was 3 years old, her parents spent hours trying to stop a nosebleed, and she eventually started vomiting blood. After rushing her to the hospital, a doctor delivered a preemptive and terrifying diagnosis: leukemia.

“Prepare for your daughter to die very soon,” the doctor told them.

They took her to a larger hospital to run more tests and discovered her platelet count was almost at zero. That’s when they received the news that she did not in fact have leukemia but ITP. Jacob remembers feeling overwhelmed but shockingly relieved.

“It went from leukemia and almost certain death within days to ‘It’s going to be okay,’” he said. “She has something that will be difficult to live with, but you can live with it.”

It wasn’t Mindy’s first big scare. Born three months premature, Mindy’s twin sibling tragically died on their day of birth and she spent three months in the NICU fighting for her life. A true miracle, she defeated the odds, but only three years later she was in the hospital receiving a blood transfusion to help restore her platelets.

Since then, Mindy has only had occasional flare-ups where her platelet levels will drop, but it’s not a constant state. She needs to be watched, for these flare-ups seem to be random. According to Jacob, “nothing in her environment seems to change,” making it impossible to know how to practice prevention. One trend they have noticed is that she tends to be more emotional when her platelet count is low, helping them know when to take extra precaution.

Jacob and his wife are preparing as best they can for Mindy’s future, with the limited information they have.

“With rare diseases, most people don’t know much about them, and that includes her physicians,” he said.

They joined AllStripes, a platform that connects rare disease patients, doctors and researchers, “to get good information that you can trust and to be up to date on the latest that is rare.”

AllStripes helps them better understand ITP by learning from others with the same disease and advancing research by contributing Mindy’s de-identified data.

Jacob’s hope for his daughter is simple: “That she can participate in things that make her happy.”

At this point, it’s a waiting game to see how Mindy’s health will unfold, as research efforts also push forward. But her resilient, determined spirit is helping her live a joyful life in the present, always full of new friends.

If you have been impacted by
ITP
,
learn more about the benefits of joining AllStripes
by visiting our
ITP
research program page.
Share: