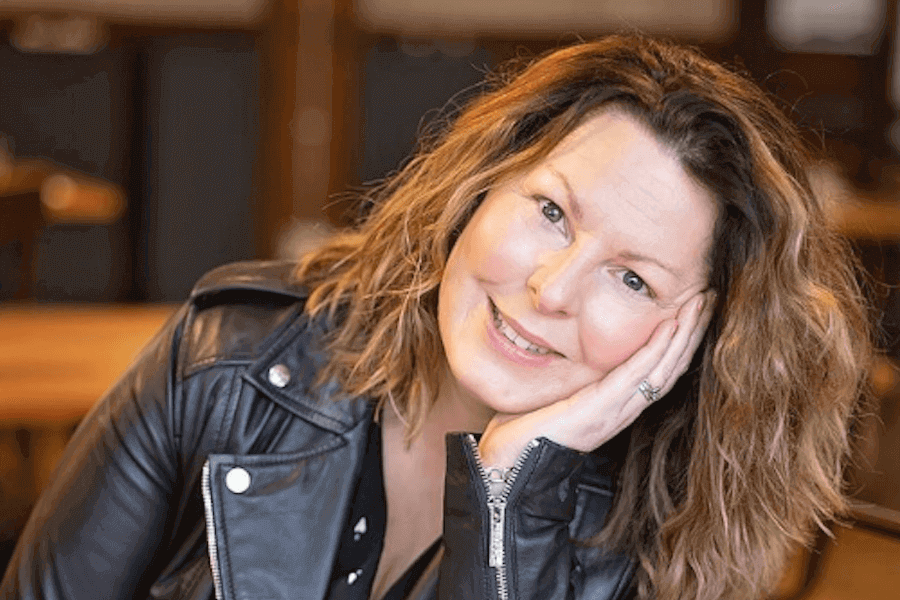 Getting diagnosed with Fabry disease was a relief in some ways — to know that there was actually something wrong.
By Claire O’Meara, as-told-to José Vadi

As early as childhood, Claire O’Meara felt like her body was telling her something was wrong. Experiencing symptoms like shortness of breath during physical activity and cold sensations along her extremities, Claire was initially diagnosed with chronic fatigue syndrome and fibromyalgia as an adult before being diagnosed with Fabry disease in January 2021.

Symptoms of Fabry disease may include episodes of severe pain in the hands and feet, decreased or absent sweat production, dark spots on the skin (angiokeratomas), cloudiness or streaks toward the front of the eye and problems with the heart and kidneys. Fabry disease belongs to a group of conditions known as lysosomal storage disorders, and can arise in childhood (known as “classic” Fabry disease) or in adulthood (known as “atypical” or “late-onset” Fabry disease).

AllStripes spoke with Claire, who lives in the U.K., about her path to diagnosis, the challenge of managing her medical care across different hospitals and how telling her story is impacting others along their rare journeys.

Christmas Day 2019, I was hosting my family and friends, and I felt extreme tiredness. After saying good-bye and settling in for an early night my heart was still racing. I texted my neighbor who was home to see what she thought and she asked if I’d called 111 (the non-emergency NHS line), so I called them and they said, “You need an ambulance straight away!” I rang for the ambulance and they were going to take a while, so I rang my neighbor again and asked if she could drive me, and she did. They admitted me and tracked me for having a heart attack. This was the start of my journey to RARE.

We went into 2020 and then COVID struck. Eventually, I had further tests, including ECGs through summer. I’ve had the same cardiologist from the beginning of this, and he said, “I just want to run this one blood test. Have you had anyone in your family with a genetic disease?” And I said no. He sent my test to the labs in August 2020 and, because of the pandemic, I didn’t get the results until the end of October.

In January of 2021, I went to Salford hospital’s metabolic unit and that’s when I got my proper Fabry diagnosis.

It was a bit of a roller coaster of a year, in addition to COVID-19. A lot of testing and results showed how Fabry was related to my heart issues. My heart had enlarged, and also had arrhythmia-related issues. There were some blood vessels blocked in the brain as well.

One of the worst parts of the journey was the fatigue. I'd sleep solidly for 16 hours at the beginning but I'd never feel rested. It was a relief getting the diagnosis — to know that there was actually something wrong. It’s frustrating going to the GP with the many symptoms you can have. I like to call Fabry “the disease that keeps on giving” because it just keeps giving different situations, different symptoms.

I’d never given a thought about my health until this feeling of burnout in adulthood. Though a late diagnosis, I started thinking back to childhood and remembering how I used to always get out of PE at school because I felt breathless and just thought I was unfit. Things start clicking. I always had cold hands and feet. I’d always get a burning sensation in my back and arms, and my arms always felt quite heavy. I’ve always felt like there is something not right with my body and it’s just not fatigue. The feeling of cold, body pains, a lot of things started to make sense after diagnosis.

It’s just been hard to get everything together because I’m under so many different hospitals, which can feel so disjointed. There’s no one system where you can see all of your results in one place. I’m under four different hospitals and none of them speak to each other. I feel like I’m the coordinator in the middle trying to pool everyone together. It’s really hard to navigate it all and push for what you feel is right. We’re very privileged to have an NHS, and to also receive ERT treatment, but once you’re in that system you begin to see the cracks.

I joined AllStripes recently, and they’ve already started collecting all of my medical information from the different hospitals I've given them. Once it's all pulled together on the system, I'll be able to see my records all in one place, which will be amazing. This will also allow me to track my results and work privately with my functional medicine practitioner alongside the NHS.

Last year when I got the diagnosis, it all felt very heavy. I put a lot of pressure on trying to control the disease and toward the end, I realized I’m not in control. But I can put steps in place to make myself feel better.

One of the biggest things was mental well-being, not suppressing the emotion, not feeling like I have to be so strong all of the time. That’s a big learning curve for me.
‍
I started to blog my journey — the good, the bad and the ugly of it. I had others going through the disease and parents of children with the disease thank me for sharing my experiences through my writing and photos of what it’s like living with Fabry. Messages saying it’s helped them connect with their kids and what they're dealing with. That means a lot to me.

I am proud to be an ambassador for AllStripes.