Living With a Rare Disease Is Not Cheap 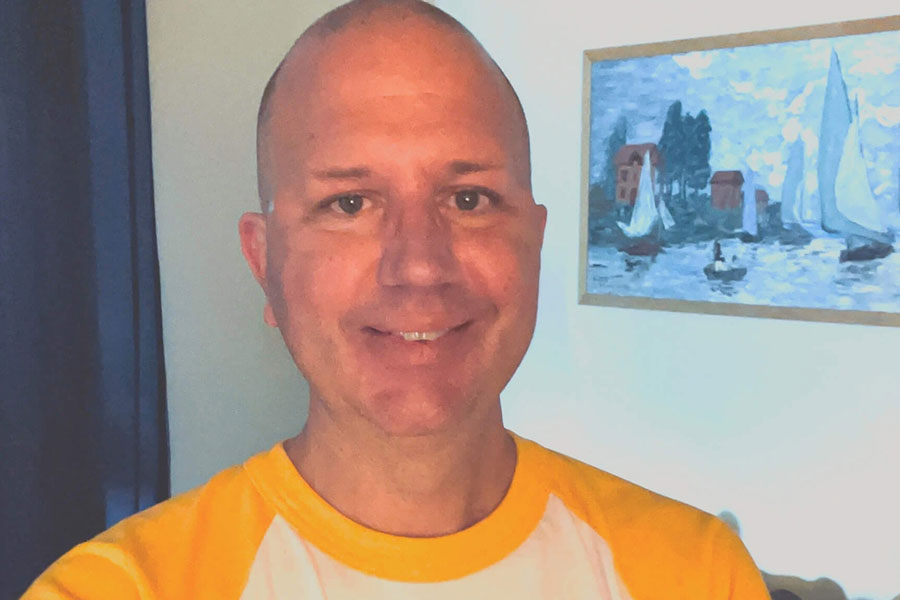 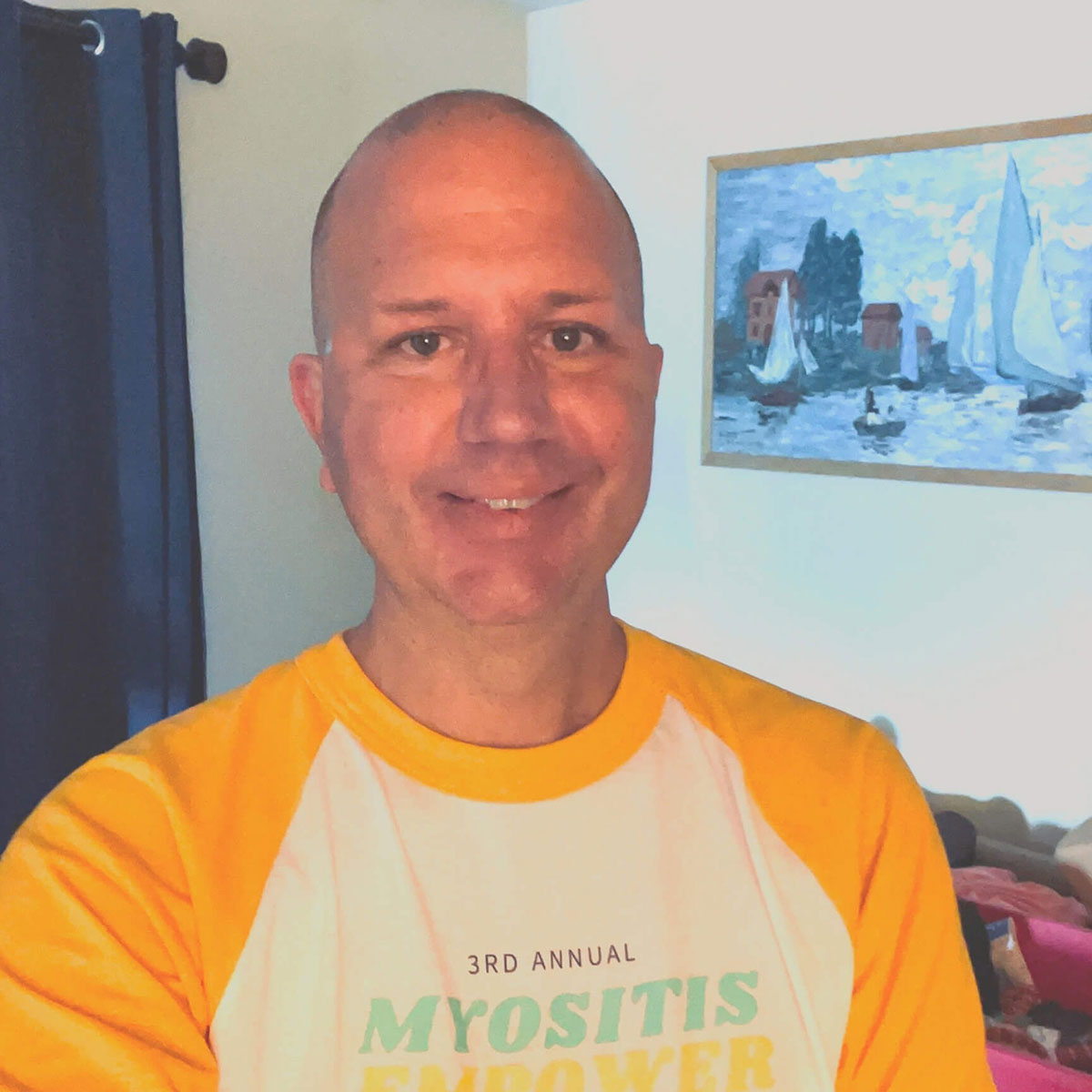 As the founder of Myositis Support and Understanding Association (MSU), I’ve seen and experienced how far-ranging the impact of living with a rare disease like dermatomyositis can be.
By Jerry Williams, as-told-to José Vadi

Jerry Williams's diagnostic journey resembles the introduction of a Twilight Zone episode: Imagine a world where nobody believes you, and in fact, thinks you’re making up a debilitating physical condition. But after much confusion and self-advocating, Jerry had a crucial muscle biopsy to reach his diagnosis: dermatomyositis (DM), an inflammatory condition that causes muscle inflammation, progressive weakness and skin rashes. Currently, no targeted treatment for dermatomyositis exists.

Jerry spoke to AllStripes about his journey from diagnosis to advocate as the founder of Myositis Support and Understanding Association (MSU, now an AllStripes partner), which raises awareness, provides patient-centered programs and advocates for critical research around this rare disease.

I first started having symptoms when I was 25. It started with leg pain. I had just moved home to Delaware from Chicago. I was living out there for a while and noticed things just weren't right physically, so I decided I’d just move back home and figure out what was going on. I lived with my parents and we would kinda joke about this “leg pain.” We didn't really think it could be anything too serious. I thought I was working and playing too hard, going out too much or something. My mom would say, “Maybe it’s late growing pains.”

And it was over a two- to three-week period that the leg pain continued to get worse and the weakness began in the hips and legs — that’s where everything was focused at that time. And then, around that three-week mark, I just collapsed. My legs just gave out, they were done. An ambulance came, took me to the hospital and after a ten-day hospital stay, they found nothing. So I was transferred to a different hospital for five days and had pretty much every biopsy and test under the sun performed on me except the important one — the muscle biopsy.

After those 15 days of hospitalization, doctors and testing across the two facilities, they came up with a diagnosis of psychosomatic illness. It was all in my head, apparently. That was like, a huge slap in the face, right? Like, what?!  The fact I was living with so much pain — without a way to explain it — was likely a part of their decision to diagnose me that way. Chronic pain was, and still is, a huge challenge for me.

We’re in a small town in Delaware, so when my primary-care doctor received this diagnosis, it was like, whatever the big hospital says, goes. That diagnosis really held up my care for six months. I had to see a psychiatrist and I did that and, of course the whole time, I’m struggling because I’m thinking, my family, my friends — do they believe that I’m sick? Or think that I’m just lazy and making this stuff up?

The psychiatrist wrote a letter of clearance and took that back to my primary-care doctor. My care did move forward a little bit more, but my primary-care doctor is also an infectious disease specialist, and with me being a gay man, he was really focused on my condition being HIV. He was convinced it was HIV, despite all my tests being negatives. So that was another six months where he was just convinced that this was it. But I was, and still am, HIV negative.

My stepdad finally stood up one day and said, “You need to do something or you’re going to kill this boy.” And from that point forward, my primary-care doctor got on board and started sending me out to yet another hospital. There, they couldn't find anything, and that lasted another few years. That third year, a new rheumatologist had just moved to my town and I was like, Why not? I went to see him and his first question was, Have you ever had a muscle biopsy? It seemed so obvious to me when he asked. I had been an inpatient getting every test imaginable, but not the one I really needed. So in 2005, he ordered my first muscle biopsy and that’s when I received my positive DM diagnosis.

At the same time I was having a lot of skin rashes and seeing a local dermatologist. My mom had a sensitivity to the sun so the dermatologist just figured my condition was related to the same thing and gave me some steroids. They helped, but all of this happened in a vacuum outside of all the muscle stuff. She diagnosed me with skin lupus (cutaneous lupus). It was never put together that, when you do a skin biopsy and put skin lupus and DM examples underneath a microscope, they look the exact same.

Part of the problem for many —including myself — was that I didn’t have any of the biomarkers. I didn’t test positive for any of the known antibodies, my muscle enzymes don’t increase, so it’s only through muscle biopsies that we were able to identify it and further track progression. I’ve had three since 2005.

Unfortunately, I haven't responded well to any treatment or combination of treatments. Something might give me a boost for six months to a year and kind of burns off. Trying to find a combination of previously tried medications to establish what works is my future goal. With steroids, it’s a love-hate drug because the long-term side effects are horrible. I now have type 2 diabetes and steroid-induced cataracts, which I had surgeries on last year. They also cause bone softening and osteoporosis. But steroids are something I haven’t been able to get away from. I also take many medications for related side effects.

In 2010, once I was stabilized a bit, I still couldn’t go out, and I lost a lot of friends. I was feeling sorry for myself and I wanted to connect with others living with similar conditions. So I created a Facebook group. I remember sitting in my office one day and thinking, I’m going to just start this group. I’m going to do it. People were joining the group like, Oh my god we finally have people we can connect with!

By 2014, we got up to 500 members and the conversations happening made us realize there was such a need for patient-centered programs and support and financial assistance.

Living with a rare disease is not cheap — it affects every aspect of your life. For me, I was forced to leave the workplace at age 27 for Social Security Disability. I almost lost my car, and I am still in medical debt and will likely continue to be for the rest of my life. If it weren’t for my parents, I am not sure how I would have survived those early years financially.

We decided to incorporate as a nonprofit that provides a financial-assistance program, Zoom support sessions and Facebook groups for different types of myositis. The nonprofit Myositis Support and Understanding Association (MSU) was officially founded in 2015, and we’ve been growing nonstop ever since.

We’ve found commonality across a lot of similar stories about the diagnostic process, especially when you don't have typical biomarkers. We’ve been connecting myositis experts with patients to increase patient-reported outcomes in research and general education.

Common themes for the community are difficulties with getting the diagnosis and that mental health aspect, being alone and isolated, even before COVID-19. Being on these dangerous immune suppression drugs, we were masking way before the pandemic. I have pictures on Mother's Day where I was so severely immunosuppressed, I had to double mask in public. It’s interesting to see how the world has adapted, or not, to masking. I think many of us feel like, Oh we’ve been doing that for years.

DM is an autoimmune disease, so the treatments are trying to suppress the immune system, preventing it from attacking various organs. I’ve had meningitis, encephalitis, seizures and strokes, all related to the autoimmune process and/or treatments. There were times where my white count was at one and I had to isolate. It’s a fine balance, trying to work with the medications that are all off label. None are approved for DM and it’s like a fulltime job trying to get approval for these off label medications.

I’m back at the start of the treatment process again, after almost 20 years of living with DM. But many of these medications are risky — and it’s why we need better treatments.