Mick Has a Daily Practice for Coping With His CIDP Diagnosis 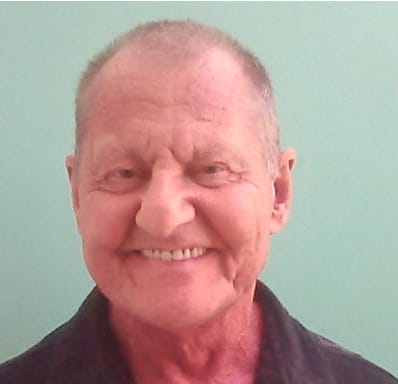 “For 30 minutes in the morning, I allow myself to feel sorry for myself. But after 30 minutes, I have to go to work. And next thing you know, you’re back and making dinner.”
By Cat Cooke

“God is not done with me,” declares Mick, a cheerful 64-year-old former bodybuilder who lives in the sunny desert, just outside of Palm Springs, California.

While Mick exudes joy and positivity, life dealt him a tough blow when he was diagnosed with chronic inflammatory demyelinating polyneuropathy (CIDP), a rare autoimmune disease, in 2017. This disease comes with a prognosis of 10 years.

“The white blood cells are attacking and destroying my nervous system,” Mick explains. “Think of it as MS [multiple sclerosis] but rather than it being in my spinal column, it’s in all four limbs.”

The symptoms of CIDP can be hard to comprehend, as it causes both electrical pain and numbness simultaneously. As a result of the condition, Mick is now unable to drive a car nor get a strong grip on things. His symptoms are most pronounced in his hands and fingers, but he first noticed it in his calves.

In his youth, Mick was a bodybuilder with the hard-as-rock calves many only dream of. But the stronger his calves became, the more pain he felt from what he later learned was CIDP.

A treatment exists for the rare disease – intravenous Ig (IVIg) infusions – but with very little still known, it is often a crushing experience getting the dosage right. Mick explains that “it’s a pretty insidious drug that affects other parts of the body, including your organs.”

After 45 weeks of being on IVIg, Mick decided to take a break: “I was in incredible pain, I was fatigued. I continued to slide. I finally hit rock bottom.”

But during that break, he had a seizure that nearly took his life.

While he’s gone back on IVIg infusions, Mick has been in and out of the ER several times. But because CIDP is so rare, doctors rarely know how to treat his debilitating pain.

“At the ER, they don’t know how to treat it, so they just latch onto the first thing they think is wrong,” Mick says.

The ER doctors even mistakenly attributed his symptoms to alcoholism during one visit. He had to advocate for himself and make sure they understood, and believed, his proper medical history.

But that same persistence that kept Mick growing stronger as a bodybuilder, keeps him going in his battle with his rare disease. “I’m either a miracle or a cat with nine lives,” he jokes.

Finding hope amidst the pain

These days, Mick is on a steady treatment plan, and he’s been able to go back to what he loves: exercising his body. While his workouts used to consist of rigourous strength training, he now moves very gently with a trainer three times a week and goes on walks of almost a mile, which take him an hour.

Another action that recently brought Mick hope in his rare disease journey is signing up for AllStripes. The online platform, built specifically for rare disease patients, collects all of your medical records on your behalf and allows you to share de-identified data with researchers looking for treatments for your rare disease.

“I wanted to be part of something that might work better. There are only two treatments, and there needs to be more... Hopefully there’s a trial waiting for me with my name on it. I encourage anyone who has received a CIDP diagnosis or is trying to cope to sign up,” he says.

One of the best pieces of advice that Mick has received in how to live positively amidst pain is from his sister, who is also living with an autoimmune disease, rheumatoid arthritis. She suggested a daily practice to him: “For 30 minutes in the morning, I allow myself to feel sorry for myself. But after 30 minutes, I have to go to work. And next thing you know, you’re back and making dinner.”

Giving himself a daily time to grieve the tough hand he has been dealt allows Mick to live more fully and positively the rest of the hours in his day. I look at it this way: “I had 60 years with no suffering.”

If you have been impacted by
CIDP
,
learn more about the benefits of joining AllStripes
by visiting our
CIDP
research program page.
Share: