‘Growing Up, I Was Different From Everyone Else’ 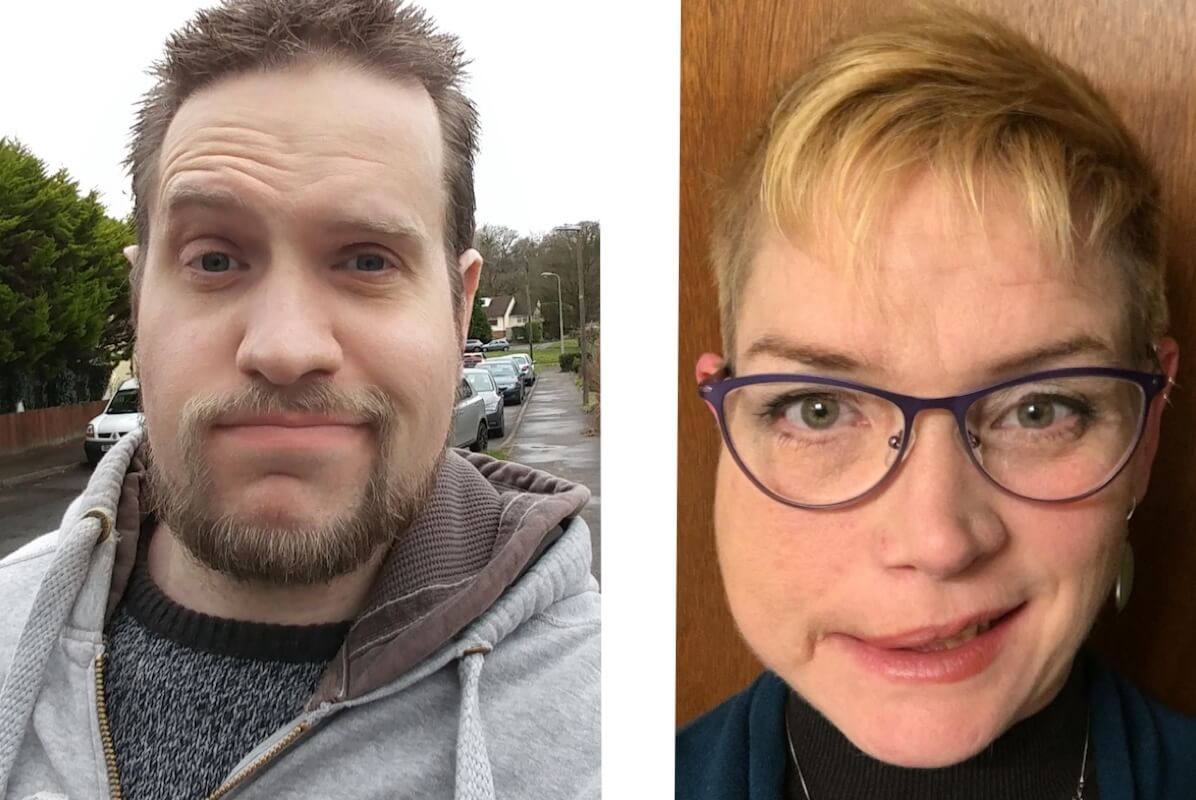 James and Andrea discuss living with a PIK3CA-related overgrowth spectrum diagnosis and isolation, the power of contributing medical records to research — and what adults can learn from kids’ reactions to physical differences.
By Andrea and James

James and Andrea had never spoken before, but it wasn’t long before they started completing each other’s sentences. United by their PIK3CA-related overgrowth spectrum (PROS) diagnoses, James (in the UK) and Andrea (from Canada) spoke about the fight against isolation, the power of contributing medical records to research and the blunt realities of living with physical differences and acute pain.

James: Physically, it's always been a challenge. Growing up I was different from everyone else. It took me 27 years to become comfortable in my body.

Over the years, I've learned to deal with it in different ways as well on a daily basis, and ways to escape as well. Sometimes, mentally and physically I just need to be in my own world.

Andrea: My PIK3CA — or mosaic Proteus syndrome — diagnosis was genetically confirmed just a couple of years ago, but I was born in 1970 where we didn't have access to all of the testing. So I've gone through many different diagnoses over my lifetime. And most recently, I've also just been diagnosed with stage four glioblastoma brain cancer.

James: For me physically, the line of division is split straight down the center of my body.

James: But the overgrowth isn't just on one side — it's segmental, so meaning no pattern. My right hand's bigger than my left. You can't see it so much in my face and head, unless I point it out. But the overgrown leg is the left leg and when you get to my legs, that's more obvious.

Andrea: Years ago, I was actually misdiagnosed with MS. But ​​I asked for a second opinion and the doctor that I went in to see, a specialist at the MS clinic, took one look at me and said, "Oh, you have mosaic Proteus syndrome." And I'd never heard of the condition before. And this doctor just looked at me and said, "This is what you have." And I was like, "Well, how can you just look at my face and make this blunt diagnosis?" And he said, "Because my son has it."

It was just the weirdest thing to have this very strange roundabout journey to get an actual diagnosis for something I'd never had a diagnosis for my whole life. That initial diagnosis of Proteus syndrome was 2010. But then I didn't get the actual PIK3CA diagnosis until, I think 2016 or so.

Before then, I’d never known what I actually had. And then going on to meet Mandy (of GoPI3Ks) — that connection was enthralling.

I've come to learn that everyone with PIK3CA in some form is completely different. There's someone I know who just has it in his right leg and that is it.

Andrea: Mine's only in my face. My face and my head. So everything on the right side of my skull just keeps growing and I get tumors and I have issues with my teeth, or my teeth all on one side are way bigger than the other and things like that. And that's been since birth and it just keeps growing. And I've had 17 surgeries, so far, to rebuild my face or rebuild my jaw or rebuild my skull. And now with the cancer, it's added with that as well. And I'm so curious to find out if this cancer diagnosis is somehow affiliated with the condition.

And if that's possible, then is it something that could be studied, so that then anybody else that has the condition, we can share information? That's why sharing the medical records and being able to converse with other people, or even get other doctors on board to discuss is so key.

James: What you mentioned about getting all our records together and being able to share them — that over the years has been a frustration of mine and other people here in Britain. And there's been attempts to do it. And I'm just so thankful and so grateful now that AllStripes are making this effort, not just in their home country, but in the UK and Canada too. It’s been really exciting to see my medical records there.

It’s also so important to bring more people together like this. Because to be honest, life with a rare disease is isolating. Because people don't understand ...

Andrea: What you're going through.

James: Exactly. It's hard to give a reason.

Something that I've also had to deal with is a lot of judgment because my version of PROS is a hidden disability. Only certain people can notice the way I walk. And with clothes on, no one can see the legs. But I have a blue disabled card. A blue disabled card here in Britain is to park in disabled parking spaces. I've been pointed at. I've been shouted at. I've been screamed at in the car park. I have been argued with and people just stare until I notice them.

Andrea: This is what I find so beautiful about children because children are just so blunt and honest about physical differences. They'll quite literally come up and go, "What's wrong with your leg?" And you'll go, "Well ..." kind of thing. They're like, "What's wrong with your face?" My girlfriend's grandson says to me, "Didn't you just have surgery to fix your cheek?" And I said, "Yeah." And he goes, "They didn't do a very good job."

James: There's a certain way I deal with the physical pain, because the pain is always there. It's constant. There's no break. And to be brutal on this part, I don't remember a time without it. My escape is the gym. But I'm not just in the gym to become fitter. I work with a trainer and mentally I take myself and I push myself to the place where it's past the ache, it's past the burn and it's into the pain.

When I create that artificial level of pain for a short time, it takes away the real pain. You fight fire with fire saying, sort of thing. I fight my pain with pain. And for that moment, for that 45 minutes, 60 minutes, I'm working as hard as I can. If I can push myself into that level of pain, it will be my relief for that short time.

Andrea: For me, I was a professional dancer for my whole life. I loved having that constant focus of working my body,  of needing to get my tension out physically. I don't go to the gym or anything right now, just with recovery, but I miss having all of that expressiveness and that physicality to be able to focus on other aspects of my vitality.

People don't understand what it is to live with acute chronic pain. And even to be among most people, to not have that commonality with someone else — the way I have with you, James, who just goes like, no, you don't have to say anything else. I totally get it. And you go, oh, thank you. Oh, I can just relax now. That's so much easier.