Having IBM Taught Me to Live Day by Day 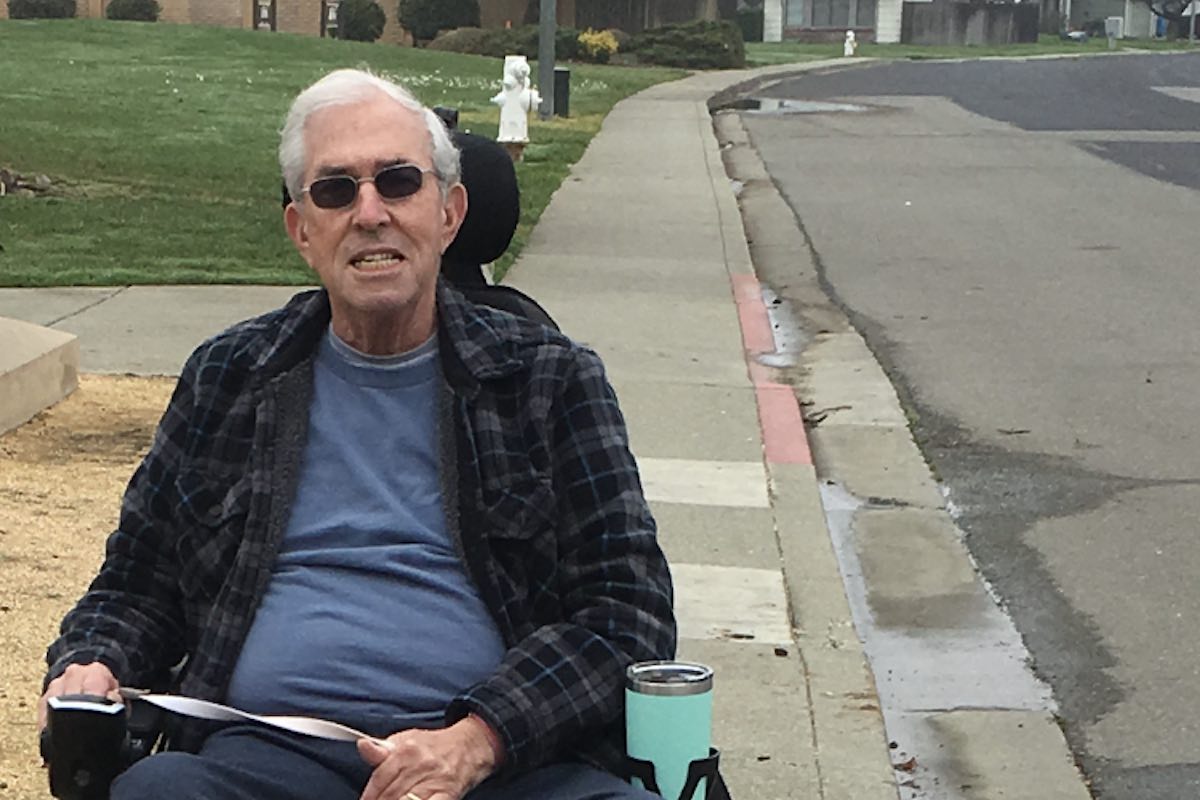 You have to do what you can while you can because in the future it’s going to be more difficult.
By Craig, as-told-to José Vadi

Craig Wallace had never experienced weakness in his legs until the age of 55 while doing yard work and exercising. After a few years of physical therapy without positive outcomes, Craig was diagnosed with sporadic inclusion body myositis (sIBM), an inflammatory muscle disease and the most common muscle disease in patients over the age of 50.

Craig Wallace had never experienced weakness in his legs until the age of 55 while doing yard work and exercising. After a few years of physical therapy without positive outcomes, Craig was diagnosed with sporadic inclusion body myositis (sIBM), an inflammatory muscle disease and the most common muscle disease in patients over the age of 50.

I would describe IBM as a muscle wasting disease. It starts out slowly where you think you’re just tripping or can’t move because of old age. But then as it goes on, you can’t go up or down steps, and eventually, like the doctor told me when I was first diagnosed, you’ll most likely end up in a wheelchair, where I’m at right now.

Mine was a slow diagnosis, but short compared to other people. In 1999, when I was 55, I first noticed weakness in my legs. I had to push myself up from a kneeling position while working in the yard and I also had to stop running after a short distance. A few years later, in 2006, I mentioned my leg weakness to my doctor who recommended leg strengthening at the gym. I joined a gym for a year, three days a week, and the fatigue kept getting worse.

They recommended that I see a specialist in 2009. A neurologist diagnosed me as having Sporadic Inclusion Body Myositis (sIBM), based on all my symptoms and an EMG. Even upon hearing my symptoms without testing or anything, the specialist knew that it was myositis.

When I changed insurers to Kaiser in 2014, a second biopsy confirmed the sIBM. The muscle in my legs were too far gone so a second biopsy on my arm was taken instead. Between the specialist and the biopsy, I began using a cane for balancing before a walker, scooter and lift chair. We tried physical therapy after my diagnosis but it decreased my functions throughout the day and proved ineffective.

There’s no cure, there’s nothing that slows it down. You have to do what you can while you can because in the future it’s going to be more difficult.

2016 was the year everything became worse and I started to realize all my limitations. I received a power chair through Medicare and a ramp for our front door from the VA and purchased a Toyota Van with a Braun ramp to allow my wife to transport me. By 2018, I had significant loss of strength in my legs, arms and fingers, with great difficulty walking away from my power chair. My dysphasia became worse as well, and talking while eating became impossible.

In April of that year, I had difficulty getting out of my power chair and fell back into it. I realized I had reached that next stage of this miserable disease where I must start using my ceiling lift. I lay in bed and realized how my life had changed again. I thought, “Soon I won’t even be able to stand to have my pants pulled up.”

By October, I could no longer transfer to my power wheelchair and must rely on my wife Lynne to use our ceiling lift to lift me in and out of bed, into shower, and on and off my power wheelchair. It also became very difficult to move my legs or turn over in bed. I use my adjustable bed to help me roll to my side. My ankles began twisting and I began wearing custom prosthetic braces.

Taking care of me is very strenuous for my wife. Thankfully, in 2019 I began receiving home care through the VA. Every day a caregiver assists me in the mornings showering and getting dressed and into my power wheelchair, eleven hours a week.

Today I can barely move my left arm. The only thing I can do is raise my right hand to eat. I have a difficult time swallowing. I’m continuing to lose strength in my extremities but I can only take things day by day — no looking forward, no looking back — just staying positive!

I found AllStripes through another IBM patient, read about the program and signed up. I was able to access my medical records without any problems. I would do anything to help find a cure or treatment — it may not help me, but it’ll definitely help somebody down the line.