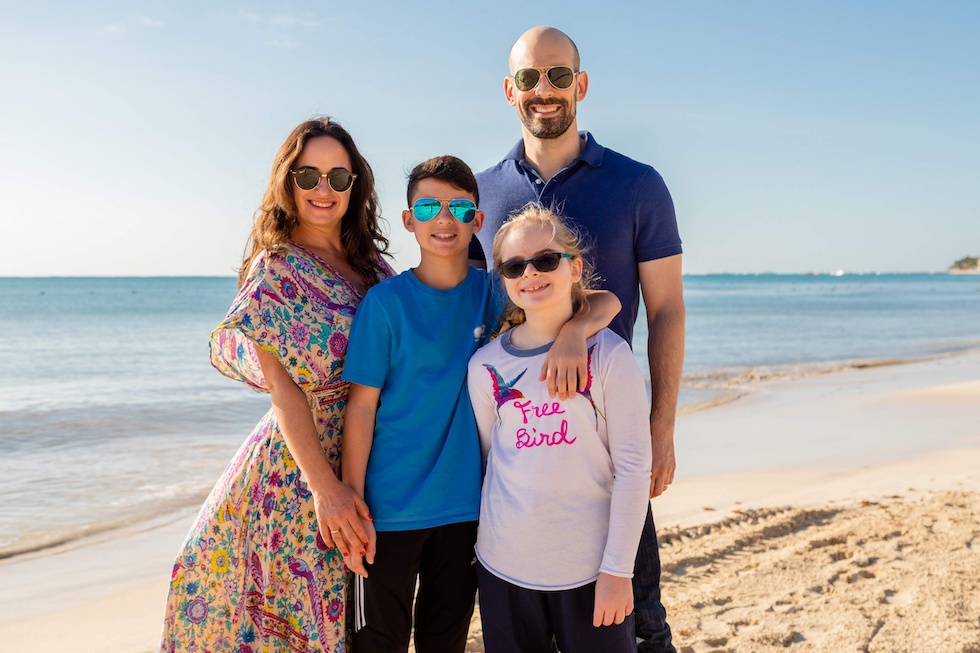 Lara is the mother of Eden, a bubbly 13-year-old with a rare condition. After years of symptoms, Eden was diagnosed with Kleefstra syndrome at 8 years old.
By Cat Cooke

"Where's my baby?!” Lara wondered, hours after delivering her newborn daughter, Eden. The doctors said Eden was still sleeping, but almost ten hours had passed since Lara and her husband Michael had seen her. Immediately, Lara and Michael knew this wasn’t typical.

“Why doesn’t she want to eat? Is something wrong?” Lara and Michael asked, yet the doctors assured them that everything was alright. Eden was discharged from the hospital with an Apgar score of 9.

On her second day home, Eden was sleeping all day, She was not eating and began to appear jaundiced. Lara and Michael brought Eden to the pediatrician four times over the next two days, and each time they told them their baby was fine.

“I was in denial,” Lara says about the next few months. Understandably, because the doctors had assured her everything was okay, Lara told herself the same.

After about five months, Lara and Michael could no longer take “she’s okay” for an answer. When Eden was not reaching the milestones most infants hit at her age, they brought her in for genetic tests.

The results revealed something curious: Eden had the same partial duplication on chromosome 13 as one of their relatives. At first, Lara and Michael felt a sense of relief. The partial duplication seemed to have had very little impact on this relative’s life. This gave Lara and Michael hope that she would outgrow her challenges as their relative had. As the years went on, Eden remained behind in meeting developmental milestones. Lara says that Eden was affected in almost every aspect of her life: “Her visual processing, auditory processing, fine motor, gross motor, coordination, learning capacity, speech — which in turn affects her social life — really, anything that you could imagine about a person.”

When Eden was 8 years old, Lara and Michael took her back to a geneticist to see what advancements had been made in the field. They learned that a new technology, a microarray test, could help give more insight into her condition. That test finally gave them a name for her rare disease: Kleefstra syndrome, which is a rare genetic disease characterized by developmental delays, severely limited or absent speech, intellectual disability and weak muscle tone.

Receiving this news, Eden’s parents had to come to terms with the fact that her life would actually be quite different from their relative’s: “Once we got the Kleefstra diagnosis, I realized that this wasn’t going anywhere.”

“It’s extremely humbling to have a child with a disability,” Lara says. “You realize you’re not in control. It does give us a different purpose — a higher purpose. My purpose right now is to help her be the best she can be. This is my job.”

Today, Eden is a lively, bubbly 13-year-old. Though her expressive language is extremely delayed, Lara says, her daughter is “fully verbal and hilarious.” She is loved by everyone who knows her and has come so much further than anyone had imagined. She loves to sing and dance, work out at the gym, make art, bake, call friends and even makes money washing dogs.

As part of Lara’s mission to help her daughter live a full life with her rare disease, she “wants to be part of whatever is going on in the scientific world with Kleefstra.” For that reason, she joined

AllStripes, a platform that allows rare disease patients and caregivers to centrally store their medical records and share their de-identified data with researchers working on their condition.

Lara and Michael are grateful for a new opportunity to support Eden on her journey with Kleefstra syndrome, which has not been without challenges — and joys. “It’s not what we expected,” Lara says, “but there can be beauty in the mystery.”