When Your Child’s Experience Can Help Someone Else 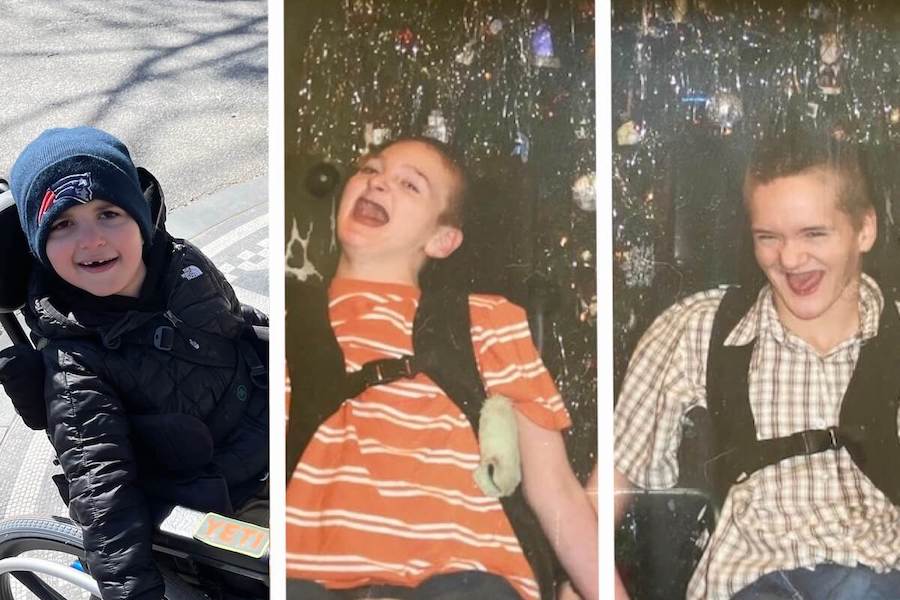 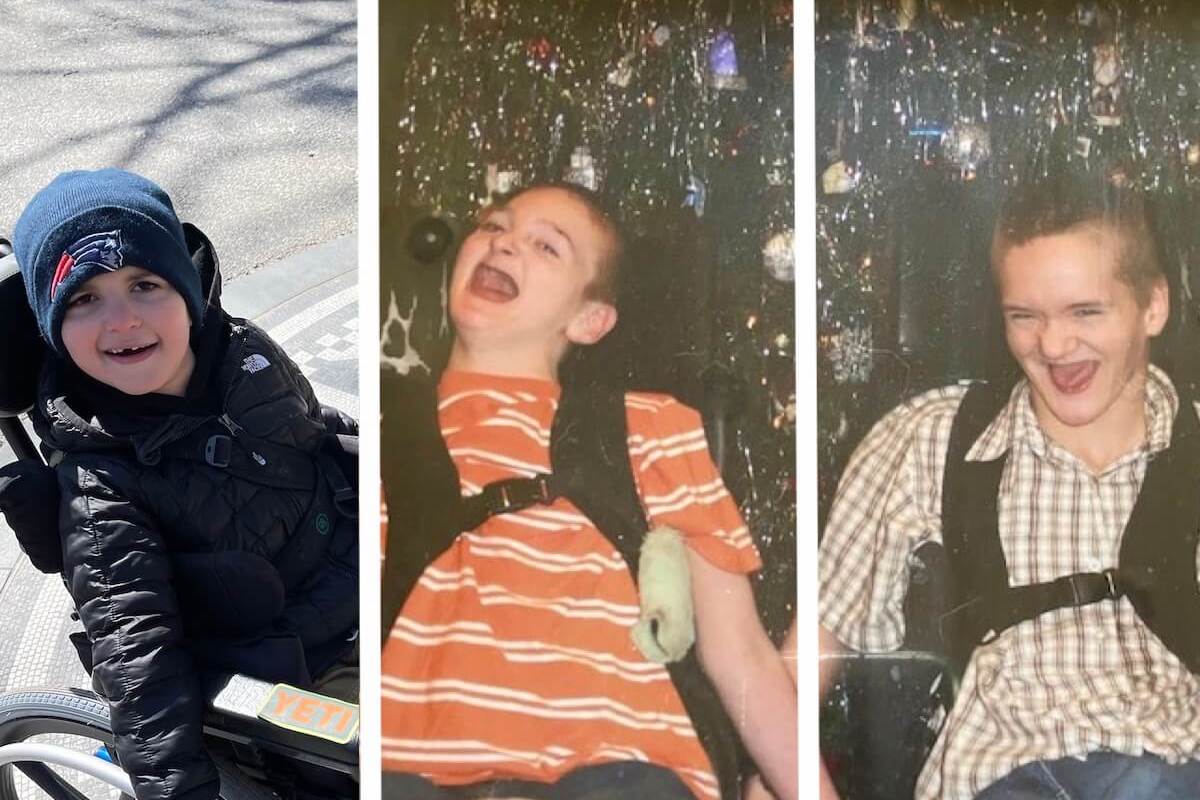 Michelle and Danielle met because their sons were diagnosed with Lesch-Nyhan syndrome, a rare genetic disease with symptoms that may include impaired kidney function, involuntary muscle movements and self-mutilating behaviors such as lip and finger biting. After Danielle’s son Julian was diagnosed in 2014, she met Michelle, the founder of Love Never Sinks, a nonprofit resource for families impacted by Lesch-Nyhan (and AllStripes partner). Michelle’s sons, Daniel and Keith, were born in the ‘90s and both experienced difficulties, unknowns and some great times before passing away from complications of the disease.

Danielle and Michelle came together to speak with AllStripes about their sons, how information gathered from the previous generation of children with Lesch-Nyhan syndrome is helping families today — and the urgent need for more research.

There were some great times. They were always a handful, but we had a lot of fun too. Keith’s high school was wonderful — he was the manager of the football team. They’d watch TV together, and if Keith was annoying Daniel, he’d say, “Shut up, brother, you're giving me a headache. Yeah, shut up." He’d have us cracking up.

Danielle: I love that — that their experiences included typical ones. In so many ways, my son Julian is your typical 7-year-old kid. He loves being with friends. He's silly, he's laughing all the time. He loves slapstick comedy, loves telling jokes and tells them on his Tobii. He loves swimming, he loves the beach. He’s able to use a gait trainer so he can explore outdoors.

He does have a typically functioning 3-year-old brother, and that’s been tricky. Watching his brother develop has been difficult for Julian, and I think it still is. I think he often wonders why. He sometimes goes through these bouts where tears are rolling down his cheeks. And it makes me cry thinking about it because, what's going on in his mind? But overall, he's happy.

Michelle: I always try to be very upfront with parents when their child is first diagnosed, about all the bad stuff that happens with Lesch-Nyhan disease. But I also want them to know that there's good things. That with these kids, there’s laughter, there’s contentment.

Danielle: For me, learning about research was really important: Knowing that there was an investment from doctors who were empathetic and cared and were passionate about this specific disease. I think sharing that hope with newly diagnosed families is crucial. Because the newly diagnosed world that parents live in is a dark place.

Michelle: Back when Keith and Daniel were diagnosed, there was pretty much nothing. There was just never any hope for anything. You try another medication, "Well, that one didn't work. Let's add another medication. Let's not take that one away. Let's add another one." It was such a mess of ups and downs because you just had no clue what you were doing, and the doctors would look to you for answers.

I was 19 when I had Keith, and I looked even younger. The first neurologist who saw him looked at me and said, "Well, I think you should put him in a home and forget about him and move on with your life because you're not going to be able to deal with this.”

Danielle: And I know that was some time ago, but regardless, I think that we have families today still getting diagnosed that are having similar feedback from doctors. Like, "He will be in a home. There's not much you can do." And I don't think that that's how a new parent with a new diagnosis should ever get any information handed to them.

I was lucky to come in at a different time. We have all these potential treatment options being researched now. When Julian was diagnosed, I think I put my mind to questions like, "Well, what can we do? What is the research? Where are the clinical trials? What's happening right now?"

And being seen at one of the top hospitals in the country, I thought that there would be more happening, more to share or more feedback, and there wasn't. But still, compared to five years ago — we're more hopeful than ever about research happening with Lesch-Nyhan.

Michelle: But it’s also true that every doctor within this community that has studied the disease has different answers for different things. And nobody knows exactly what to do or how to do it, and so it becomes very difficult.

Danielle: One thing I can tell you is that Julian wouldn’t have been on certain medications if it wasn't for Michelle and her experiences with Keith and Daniel. We're getting there as a community — we're just not there yet in terms of having solid protocols.

Michelle: I totally agree. And you know, it brings tears to my eyes to know that through our experiences with Keith and Daniel, we’re really, truly, helping. Sometimes doing this work becomes overwhelming for me, but hearing that story makes me feel really good.

Danielle: Through your experiences and the experiences of some older children with Lesch-Nyhan, we've come to a point where we are in a good place, in that we can manage some things and know what to do.

But still, if it wasn't for the Orphan Disease Center and certain doctors putting forth the effort, we would have nothing. We would be in this dark hole with no research happening.

Michelle: It's hard to find those kinds of doctors who do care, it's very difficult. And a lot of parents feel like they're connected to a doctor, and they feel guilty for switching doctors, and I'm like, "But if they're not taking care of your child, don't feel guilt.”

Danielle: You, as a parent, want to know some things. You want to know something's on the horizon, that there's a potential for something. And wondering what's going to come next year, or in six months, or two years from now, it's painful. It's painful as a parent, and I think we need to be doing whatever we can in our power to help our children and the undiagnosed.

‍Michelle: We just need to keep moving forward. And I know that everything takes time. But time is of the essence for these children and for these families. Because every day that goes by, they wonder, "Is my child going to be here tomorrow for this?"