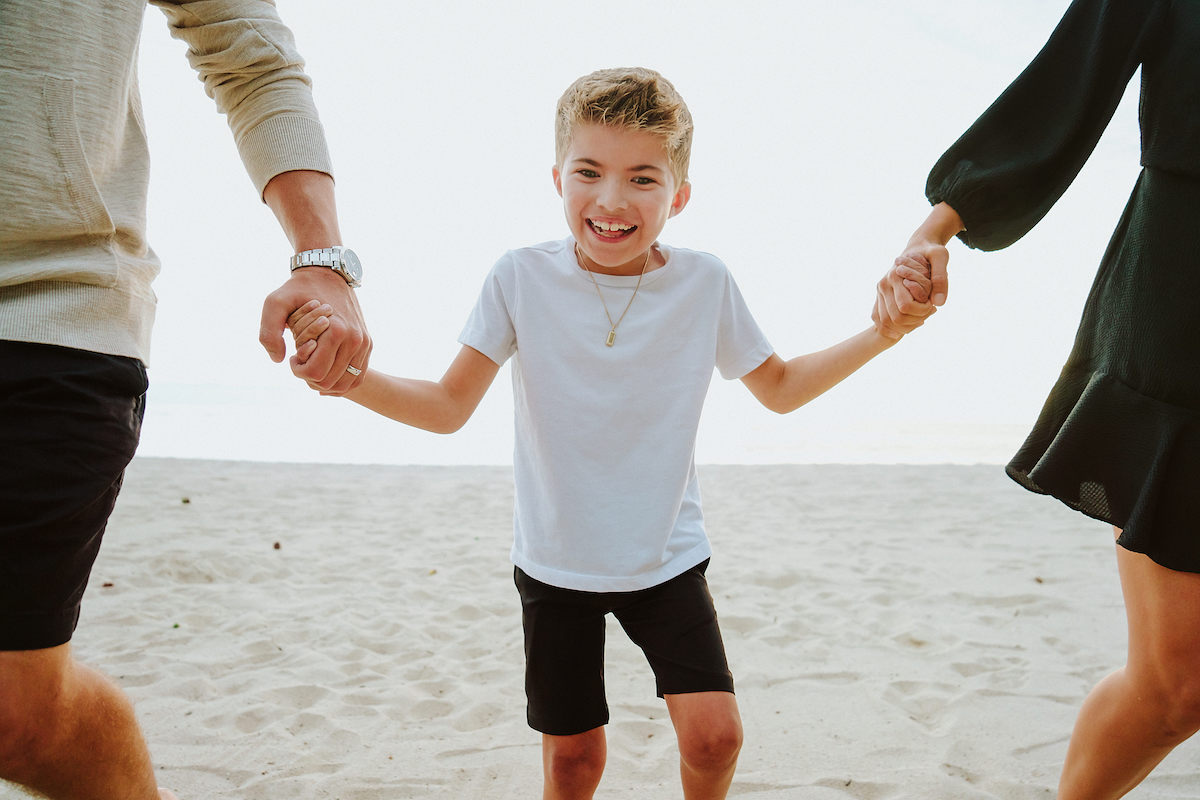 Collaboration is key, and that's what we need more of in research.
By Lindsey Flynt, as-told-to AllStripes

Lindsey Flynt knows the complicated feelings that can result from a missed diagnosis. Around the time her son, Jax, turned one, she started noticing some developmental delays, and other unexpected physical symptoms. Jax’s doctor initially wrote off Lindsey’s concerns, and it was not until a therapist noticed Jax’s nystagmus (involuntary eye movement) that doctors ordered an MRI and discovered Jax had Leigh syndrome, a rare neurometabolic disorder. Lindsey has come to recognize how important her own instincts are.

Jax was born in December of 2012. He developed completely normally in his first year of life. After his first birthday, he caught the flu from my nephew, and just had some delays. We noticed that he quit walking. At that time he was pulling up on the coffee table to stand, and he quit pulling up on the coffee table. He had a few words: “Mom, Dad, bye bye.” And all of a sudden, all of that stopped.

We went to the doctor and I was like, "I think something's wrong. I feel like he's regressing. I don't know what happened." And she was like, "No, that's normal. He’s just delayed, it's not a big deal." But she had him evaluated just to check, and they recommended all the therapies — PT, OT, ST. We did that for a few months. His physical therapist, Erin, who he still sees today, noticed his nystagmus. To be honest with you, I didn’t notice. I saw his eyes move one time in the car, and I asked my daughter, "Oh my gosh, did you see Jaxson's eyes move? That was crazy. What was that?" But it wasn't a regular thing. Then Erin noticed it, and she called his pediatrician. We went to an ophthalmologist, and they said, "His vision's fine, but I think we should do an MRI of his brain."

Jax was diagnosed with Leigh syndrome. They told me he'd be lucky to make it to his 10th birthday. Most kids don't make it to five, but if you made it to 10, that would be a great ride. Early on, I was scared to approach his fifth birthday. It was like, "He could die anytime." But the more I was researching and the more people I met, I realized a lot of these kids are living longer. Now I fully expect my son to be here at 10 years old, and 11 and 12. But I think that’s because I just know so much more, and I'm doing everything I can. But my biggest fear is that at any age, he could catch something like the flu, and that would be it.

I hate that Jax’s doctor missed his diagnosis initially, but I think it's hard. She's been so wonderful. I have her personal cell number, and she texts me and checks on Jax if she hasn't seen him. She definitely goes above and beyond. So I wish that we had maybe known a little sooner, but at the same time, one of the things that I've learned over the years is that I know my son better than anybody.

I cannot expect a doctor and a 30-minute appointment a couple times a year to know even a fraction of what I know.

It’s my job to articulate what I see going on. I think it's so important if you have a gut feeling to listen to it. Looking back, there was this little piece of denial in me, too. I don't want something to be wrong.

For me, joining AllStripes was really about having accessibility to medical records and furthering research. Once you start working with all these different non-profits and physicians and researchers, you quickly realize that it's complicated to navigate. AllStripes makes it one step easier. Anything that brings all of our medical records and who we're working with together is a win for me. I wish we had done this years ago.

Jax’s life is so much bigger than what I would've thought when he was born. He's a happy kid. Anyone who's ever met Jaxson just falls in love with him. He's full of life and energy and always happy. I'm doing this because I want to help my son, but I'm also doing this because this journey sucks. I don't want other families to go through this. Collaboration is key, and that's what's lacking in research. With community, we're bridging that gap.