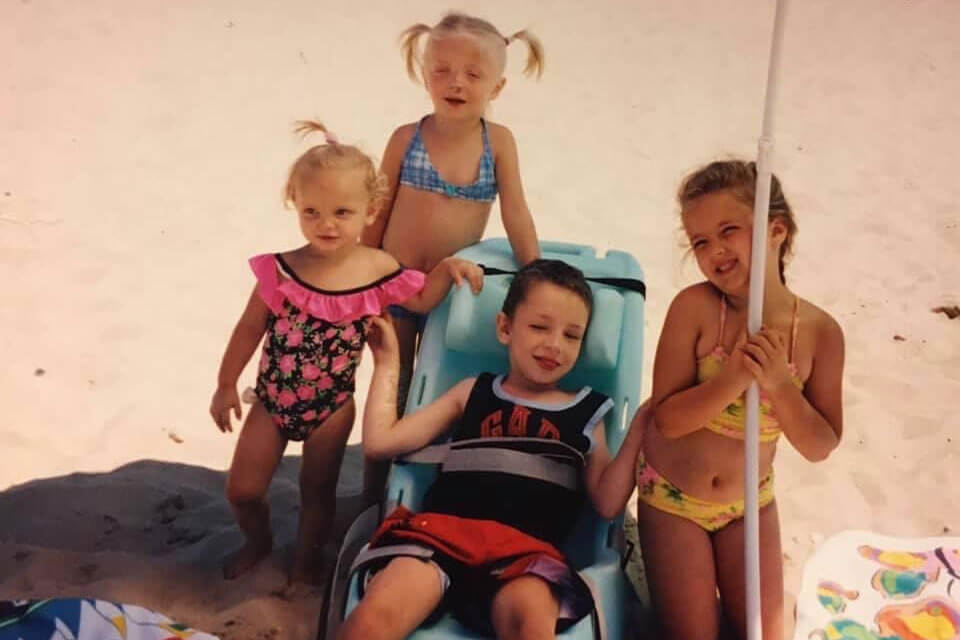 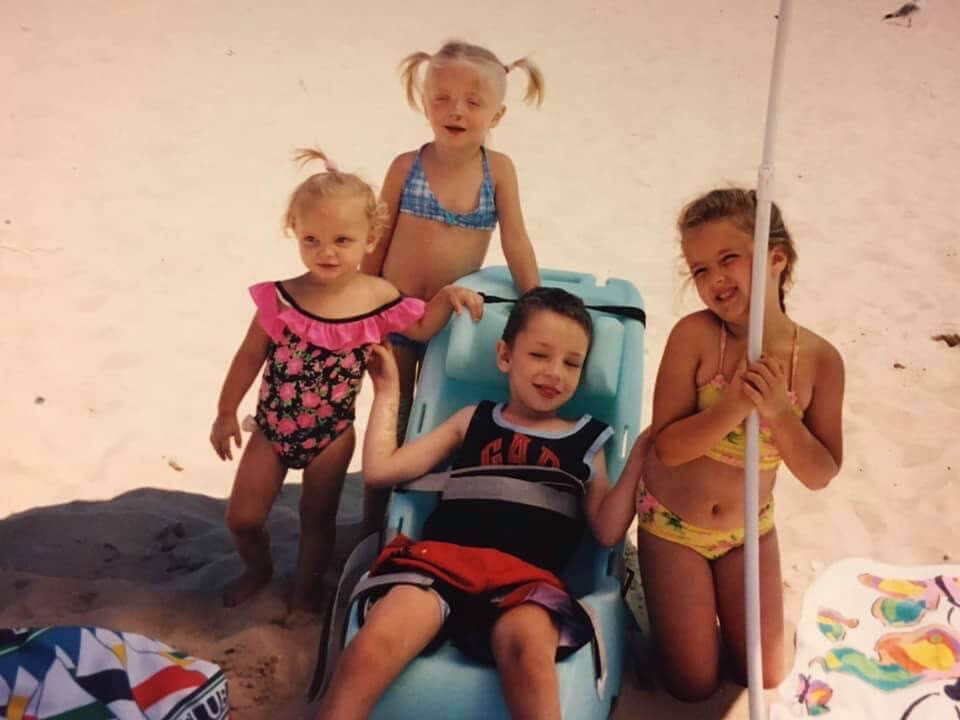 I’ve realized how much families like mine can help families currently dealing with the everyday challenges of NPC.
by Liz Heinze, as-told-to José Vadi

After experiencing profound loss as a result of Niemann-Pick disease type C, Liz Heinze became determined to find ways for bereaved families to stay involved with the NPC community. Three of Liz’s four children — Tyler, Katie and Faith — have passed away after living with NPC, a rare, genetic disease that affects the body’s ability to metabolize fat within cells.

Today, Liz is a board member of the National Niemann-Pick Disease Foundation (NNPDF) and on her way to earning a nursing degree, and her daughter Serina, who is 22 and does not have NPC, leads a program for siblings whose families are affected by NPC. Liz spoke with AllStripes about her children’s diagnostic journeys, what makes a good neurologist and how legacy families can help guide families through the everyday challenges of this rare disease.

The day my oldest child, Tyler, was diagnosed with NPC, the doctor turned to me and said, “I don’t know if you’re planning on having other children, but that’s something you’re really going to have to consider.” And I looked back at him and said, “Well, I’m pretty sure I’m pregnant with my fourth child right now.”

This doctor was such a great neurologist. He was even reluctant to tell us what the disease was at that appointment — he didn’t want us to research on our own and get scared. He had gone online to look for anything people-friendly for us to read, and all he found was a one-page document that you could pick through, still full of medical terminology. He handed it to us and said, “I want you to sit here and read through this, see what you think, and I’ll come back in a few minutes and discuss it.”

At that point, we’re in shock. We didn’t know what to expect. We were probably there for 45 minutes, where he’d just leave us to be in the room by ourselves, come back, ask if we had more questions, give us more time. It was because you never think of your questions in the moment, it’s always afterward, when the doctor leaves the room. He gave us a good amount of time to read over things and come up with questions. He also felt bad due to the lack of information available back in 2003. After that he asked, “Do you want to go on with testing the other kids? Or do you just want to absorb this for a while?”

Tyler was five and a half when he was diagnosed with NPC, in January of 2003. I was pregnant with Faith very early on when we got the diagnosis for Tyler, and Katie had already been born, just over a year old. Faith was born that September. We weren’t ready to test the other kids yet but that came with time. Tyler is our first, oldest child, and then we had our three girls Serina, Katie and Faith.  When Faith was 3 weeks old she had a blockage to her intestine, which eventually — after a mishap with our first attempt — led to her diagnosis. Katie was just over a year old when she was diagnosed, and Serina was 4 when she got a negative result.

When Tyler was diagnosed, they had a listserv through the National Niemann-Pick Disease Foundation (NNPDF). I followed other parents and didn’t post so much as just watching other parents, seeing what they’re going through. It’s unique finding someone who’s so close to you and your journey. You tend to watch what’s next, what they’re dealing with, what’s coming up in their lives. I did that with another mom and her daughter, and found different ways that they were coping and getting the help they needed through that listserv. Now we have Facebook but it’s not the same, it’s different. This was very private, just the NPC community, unlike Facebook.

Tyler passed the day after Christmas in 2005. He never got on the experimental treatments. He was eight and a half, three years after his diagnosis. Katie passed in January 2016 and Faith in July 2018. Katie very much passed from NPC complications. Faith jumped out of her wheelchair, broke her arm and potentially had blood clot complications. Katie and Faith were both 14 years old when they passed away. They’d both been on Zavesca, a medication doctors sometimes prescribe off-label to treat some of the neurological symptoms of NPC. We tried getting them enrolled in off-label trials but it wasn’t possible.

We’ve come through some super tough times. We’re at a point now where our mission is just to help the other families. Even just to make it a little bit better for them. Eventually a treatment or cure is the end goal.

After Faith passed away, I wanted to help bring more awareness to those who have lost and who want to help out the families who haven’t lost someone. There’s sometimes a disconnect between the families who no longer face the everyday challenges of NPC and parents who are currently caring for family members living with NPC.

For the parents currently caregiving, we can help provide assistance with finding the right equipment, resources to get things paid for with insurance. How do you manage all of that on top of caring for your kid? And on top of the everyday issues, you have a full-time job dealing with insurance companies getting them to pay for medical expenses. I’m trying to lift up our legacy families to help and aid where necessary without stepping on toes. We’re also very passionate about the Sibling Program, my daughter Serina’s been leading that for years. This program brings siblings into that safe space, to know they have someone they can talk to.

I sometimes feel like other parents have it all together, knowing every date of every diagnosis, and for me it’s so hard to remember sometimes. When I saw AllStripes on the NNPDF’s Facebook, I started the process of joining the research program immediately.

Once the records started appearing, I realized how good this is for me. It's healing for me to look at the medical records and remember what happened and who did it. I think it’s a great tool. Because just getting through your day or your month — some of the pieces that I had forgotten about are there in the medical records for me to remind myself: We did do all of that.