Our Daughter's Batten Disease Diagnosis Made Us Determined 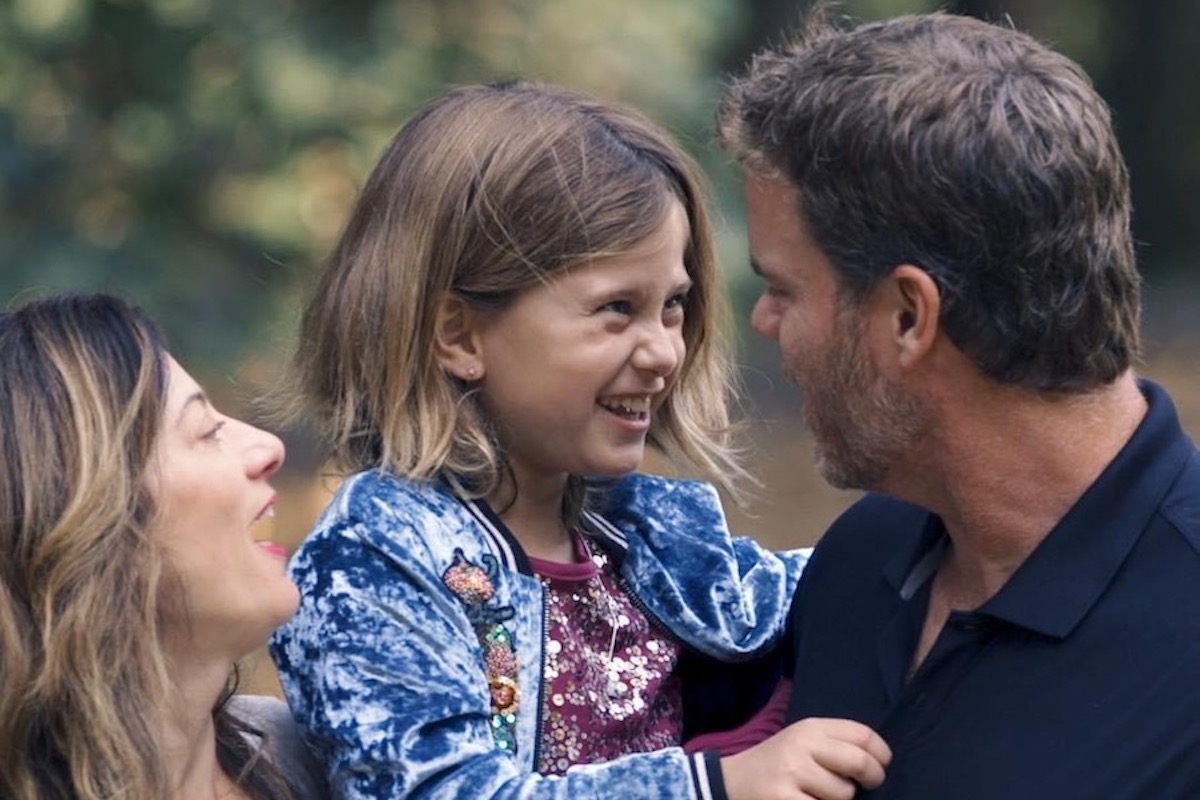 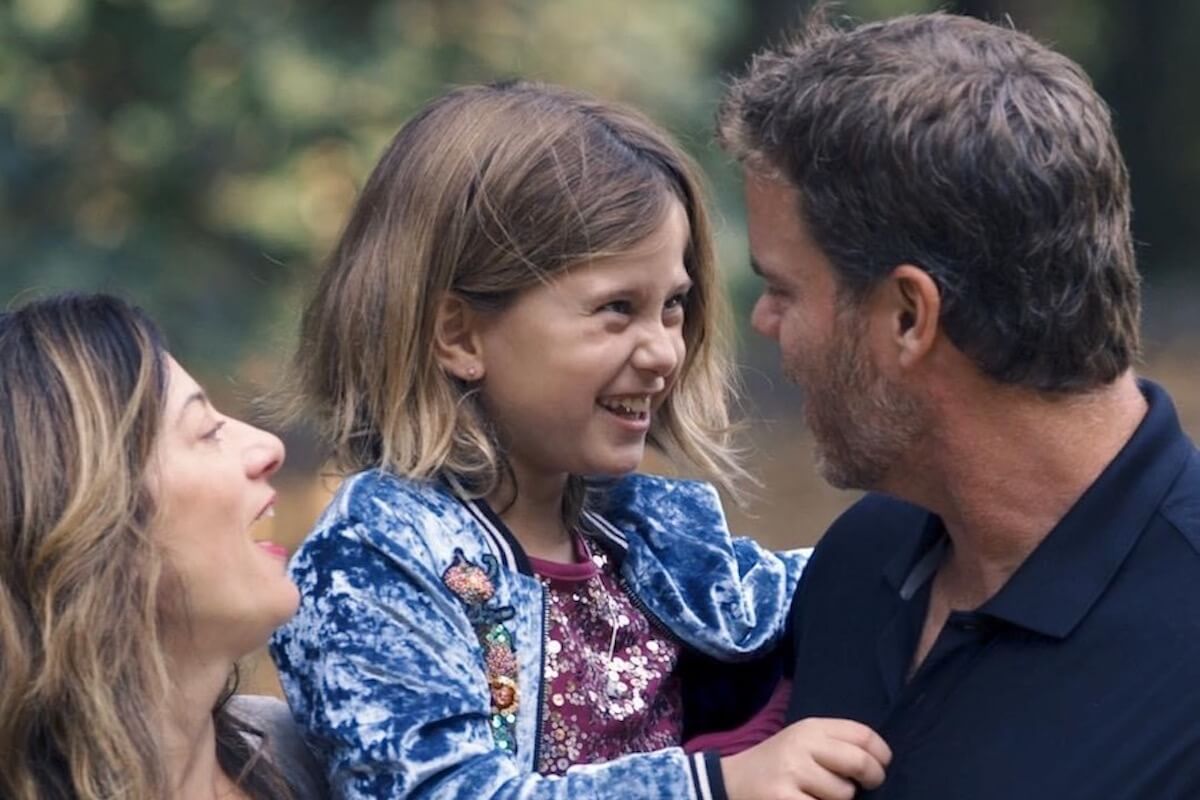 Haley loves singing and horses, but watching little pieces of her fall away has been hard. It’s why we founded the Haley’s Heroes Foundation.
By Melissa Pollman, as-told-to AllStripes

After an uneventful pregnancy, Melissa Pollman and her husband, Dean Pollman, welcomed their fourth child, a smart, independent daughter. Haley met and exceeded milestones, seeming healthy until she started experiencing vision trouble in first grade. After glasses that didn’t seem to work and a referral to a specialist, Haley was diagnosed with Batten disease, a rare, fatal neurodegenerative condition. In the wake of their grief, her parents founded the Haley’s Heroes Foundation, working with hospitals and research organizations to develop gene therapy. Here, Melissa describes her experience with Haley’s diagnosis, and what life is like for her daughter, who loves horse therapy and singing, at 12 years old.

Around the end of first grade, we noticed that Haley started holding things really close to her face, or she’d sit really close to the TV. And we were like, “Oh, I wonder if she’s got vision issues.” We didn’t think much of it, just because my husband’s family has really bad eyesight.

We went to see the eye doctor. They did a vision test and were like, “Yeah, we think she needs glasses.” But when the glasses came in, they didn’t really work. The whole time, it seemed like her eyes were getting worse.

So we started really pushing back on the doctors, and we were referred to the Casey Eye Institute up at OHSU in Portland, Oregon. She had all of these really intrusive tests — electrodes put on her eyeballs — and she did great. She was such a little trouper. At this point we’re getting scared that something’s really bad with her eyes, but that’s our only fear. Then the doctor sits us down and tells us he’s pretty sure she has what’s called Batten disease. It’s a neurodegenerative disease, and there are no cures, and it’s fatal.

Our world just stopped because, one, we’ve never heard of Batten disease and two, it felt like someone else’s nightmare that we just walked into.

Of course we’re like, “What’s the probability that you’re wrong?” He said, “I am positive I’m right. I hope I’m wrong.” So we kind of knew at that point that this was what she had, but it hadn’t been confirmed. We did genetic testing, and that took about three weeks. Then it was confirmed.

Basically what they told us was, “These are some of the symptoms you might see. We have no idea when it’s going to happen. Go home and make memories.” So we sat in that for a little bit. We had to tell our older children, which was probably one of the hardest things to do. And shortly after that, we decided we had to do something. So we started a nonprofit, the Haley’s Heroes Foundation, and started working with Nationwide Children’s Hospital and some research organizations.

She’s had all the classic symptoms. She’s lost her vision. At about 10 she started having some dementia and hallucination issues. She would see spiders, and she would think they would be in her mouth. She had this one particular spider that was sometimes a spider and sometimes a butterfly. Her name was Hannah or Miley, depending on if it’s being nice or not — she likes Hannah Montana, by the way. Hannah was not nice, Miley was nice.

That’s all seemed to subside. But she’s definitely cognitively much more impaired than she was. Just this last August, she had her first seizures. We ended up in the ER because she had maybe three back to back.

I joined AllStripes because one of the biggest obstacles that I have faced through the last three or four years is a real disconnect between doctors and the medical field. There’s not a central spot. And every time we try to organize it, you have to fill out all these forms, and you’re trying to get all your records from all these other places. It’s extremely overwhelming to do, and it’s a lot for a family that’s already just trying to get through.

These days, Haley seems to be unaware, which in a way I’m thankful for. Initially, when she started to have some dementia and cognitive decline, she was aware. She would say things like “My brain feels foggy and I can’t get my words out.” And those were tough times. She would ask us questions about it. She asked us if she would die from it. We told her that we were going to do everything in our power to keep her as healthy and safe as we could, that all of us are going to die at some point in our lives, and none of us know when that’s going to be.

She still goes to school. She does horse therapy, and she really likes that. And she likes to sing. She likes music. It’s just a tough disease to watch, because you grieve constantly. I think you do anyway, no matter how you lose a child. But we’re watching little pieces of her fall away, and that’s a tough one.

If you have been impacted by
Batten disease
,
learn more about the benefits of joining AllStripes
by visiting our
Batten disease
research program page.
Share: