We Don’t Want Other Parents to Feel the Same Pain 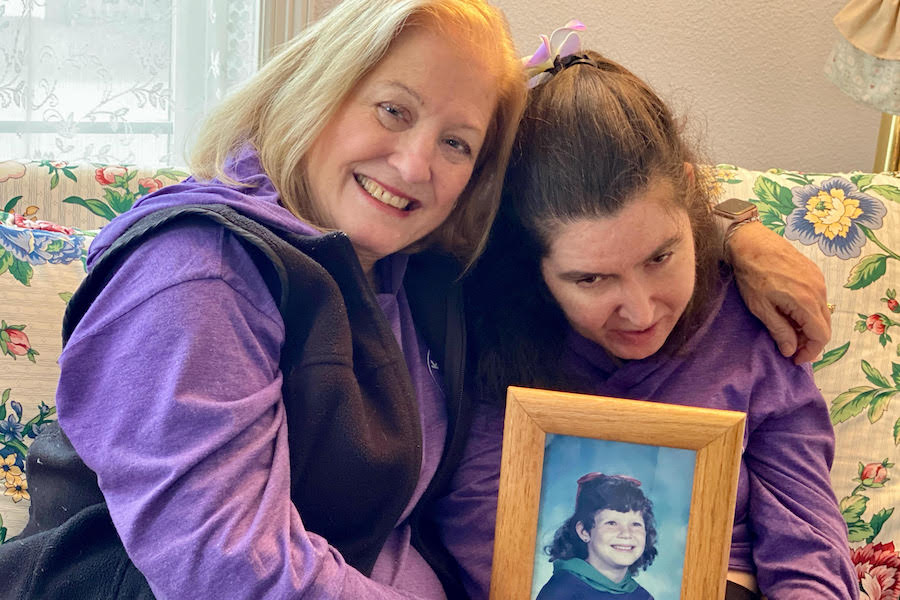 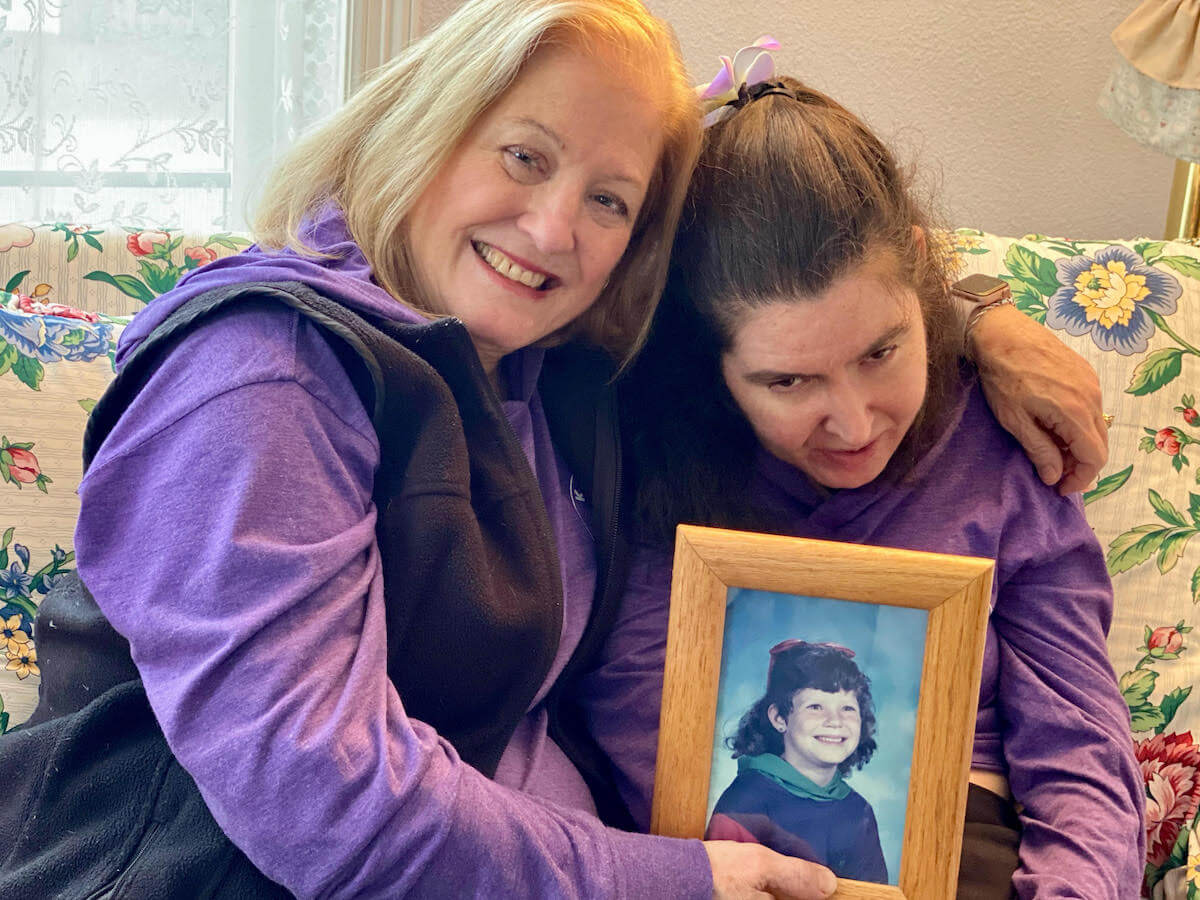 Families who have felt the devastation of MLD want to help, and participating in research is one way to do that.
By Teryn Suhr, as-told-to AllStripes

In 1995, Teryn Suhr got a phone call she’ll never forget. By then, her 14-year-old, Lindy, had been experiencing behavioral challenges for years. With a professional background in health care, Teryn was sure her daughter’s symptoms were the sign of a serious diagnosis — she thought it might be a brain tumor. Sure enough, the doctor on the phone congratulated her on her mother’s intuition. Lindy’s recent CAT scan did mean something serious was going on. They just weren’t sure what it was.

That CAT scan’s results led to Lindy’s eventual diagnosis of metachromatic leukodystrophy, or MLD, a rare disease that leads to the destruction of the myelin sheath (the protective covering around nerve cells) and in 1995, was considered a terminal disease. Darcee, Teryn’s youngest daughter, was diagnosed with MLD as well, while her middle daughter, Jclynn, tested negative. After Darcee passed away from complications of bone marrow transplant (which can be used to slow the progression of the disease), Teryn and her husband, Dean, found out there was no group dedicated specifically to MLD. So the couple started MLD Foundation, which is now partnering with AllStripes.

Teryn spoke with AllStripes about the importance of connection, her hopes for MLD research and the grief that drives her to continue helping families like her own.

Lindy was diagnosed in July. We found out about Darcee in early September. We found out that her sister, Jclynn, was the perfect match to be a bone marrow donor for Darcee at the end of September. At the beginning of October, we were in Minnesota for Darcee’s transplant. At first, it went well. She engrafted. She almost went home, almost got discharged. Then she started developing complications from the anti-rejection drugs interacting with her MLD-disrupted metabolic system and passed away in mid-December. Medically, her bone marrow transplant was considered a success, even though the patient died.

Back then, the internet was brand new. In Minnesota, we communicated with our home church back here in Oregon by fax machine. But one of the things we had the opportunity to do prior to going to Minnesota was meeting with another family impacted by MLD. Pretty much immediately, it was like we’d been friends forever. We completed each other’s sentences.

Dr. Krivit — a pioneer in bone marrow transplants — was a catalyst for the formation of MLD Foundation. He told Dean and me, "There's not a foundation to support families with MLD.” There were big umbrella groups. But there wasn’t anything just for MLD.

We said, "Well, there needs to be." That is why Dr. Krivit helped us in 1999 pull together the first gathering ever of families with MLD. He was the doctor who knew them all. It’s been over 20 years ago now since that first gathering. We had all three forms of the disease represented by families — late infantile, juvenile and adult. Because my husband has an engineering background, he put together a mailing list for all the families so we could keep in touch.

That initial list became our discussion list for MLD Foundation. Before this there was no established way for MLD families to connect. There have been times when, for me, connecting has been good as well as painful. After Darcee died, it was six months before I could even read anything on the discussion list. It was a year before I could write anything.

Today, Lindy is 41 years old. When she was diagnosed, she was supposed to die in her 20s. She can't speak. She's fed through a G-tube. She is in a wheelchair. But she still smiles. She still enjoys being around people and loves traveling. You can look in her eyes, and you can tell she’s very much there.

There has been progress with MLD research, but the problem is, look how many years it's taken. I'm like, "Okay, we know, the leukodystrophy part, we know the lysosomal part. We know it destroys the myelin sheath.” We know that. That causes a lot of the symptoms.

But we don't know and still don't know the metabolic piece. What does missing this enzyme or having such a low dose of it cause in the overall metabolism of the body? We need more research to find out.

If we can start mining the medical records of those affected by MLD, what other connections are we going to see? What other things are going to pop out of this? That's one of the reasons when we heard about AllStripes and what they were doing, we thought “this is phenomenal.”

We have so many families who want to contribute to research. And this is a way that legacy families can contribute too. When Darcee died, I thought, what can I do? Can I take anything further, can I use what we’ve been through to help other people?

I never started my work with MLD Foundation thinking it would help my kids. That never really crossed my mind. I only knew how much I hurt and I didn’t want another mom or person to feel that hurt or aloneness if there was something I could do to prevent it. I believe there are a lot of parents out there who feel that same way today and that’s what drives us. Maybe that’s the definition of compassion or maybe it’s the thing that keeps us sane in the face of overwhelming pain.

If we can get MLD newborn screening, I'll be happy with that. I'd be thrilled if we actually had five therapies to choose from. That may happen, too. Who knows? With MLD newborn screening implemented we can identify these children at birth and have a chance to change the trajectory of not only that little child’s life, but the life of the entire family. Because MLD is one devastating disease that affects the whole family.

The partnership with AllStripes and getting families involved with the research program can help increase the knowledge of this disease. I really think there's going to be other discoveries about MLD that will pop out and spur research. And I think it's exciting and gives meaning for parents to be able to say, "Hey, I had a part in that.”

If you have been impacted by
MLD
,
learn more about the benefits of joining AllStripes
by visiting our
MLD
research program page.
Share: