‘No One Could Figure Out What Was Wrong’ 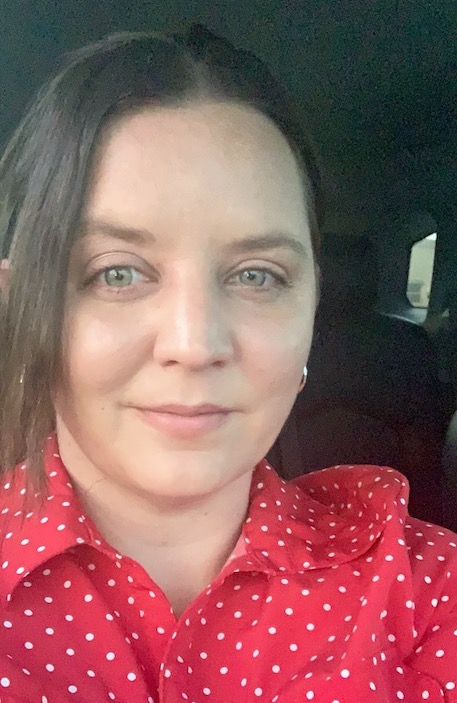 After Alexis began experiencing eye pain, a doctor predicted she had a long diagnostic journey in front of her. He was right.
By Taylor Kane

It all started in 2012, after a seemingly normal day at work: Alexis’s left eye became very sensitive to light and felt like it was filled with shards of glass. Then exhaustion settled over her and she went home to rest, only to wake up the next morning with so much weakness in her left side that she worried she’d had a stroke. She saw an ophthalmologist who thought her symptoms were likely autoimmune in nature, and who told her she had a long journey ahead of her. He was right.

Over the next few months, Alexis’s symptoms worsened — she had difficulty walking, shortness of breath and “sounded drunk” when she tried to speak. She had an unrelated procedure, which caused her symptoms to flare and left her bedridden for a year and eight months. “I could not sit up for more than 30 minutes,” she remembers. “I couldn’t stand. I had to have help bathing. No one could figure out what was wrong.”

That year, Alexis saw over 30 medical professionals, some of whom dismissed her concerns. “I was told it was anxiety; that I was too young and too pretty and looking for attention.” In 2014, she took a chance and moved from Florida to Las Vegas in the hopes of finding answers. “I come from a small town so I had exhausted every medical professional in my area.” After seeing a new set of doctors, Alexis got diagnosis after diagnosis, but none painted the full picture. She was told she had lupus, multiple sclerosis, diabetes, generalized anxiety disorder, bipolar disorder, autism, Raynaud’s disease, fibromyalgia, lyme disease, functional neurological disorder and more.

A year and a half later, Alexis moved back to her home state, where her symptoms seemed to get better, a period that lasted two short years. Still, she managed to put herself through nursing school and in 2018, began working 12-hour hospital shifts. “That is when my symptoms came back full force,” Alexis explains. “I just crashed. I couldn’t get out of bed. My eyes would not physically open.”

She started the process of finding a diagnosis all over again. Alexis says she was lucky to find a physician associate at neurologist’s office who went through her entire medical chart and told her he suspected she had the autoimmune condition myasthenia gravis (MG). Alexis had been down this road before, so she asked for confirmatory testing. While her antibody test came back negative, her nerve study and electromyography (EMG) showed consistencies with myasthenia gravis and in December 2019, Alexis was officially diagnosed.

Myasthenia gravis is a rare neuromuscular autoimmune condition characterized by weakness in the muscles involved in voluntary movements and breathing. As Alexis describes, “It’s when the nerves and the muscles don’t communicate properly.” It’s referred to as a “snowflake disease” because all individuals experience the disease differently, and while there are treatment options, they don’t work for all patients.

Alexis’s diagnostic journey has affected her not only physically, but mentally. It was hard for her to accept that she had myasthenia gravis after receiving so many misdiagnoses. And once she started to accept her diagnosis, Alexis says, she began the emotional process of grieving what her life could have been like without MG. “It’s like you’re dissecting your past life trying to make a new life, but you don’t even know what that looks like.”

Today, Alexis no longer works as a nurse, and instead spends her time helping people by advocating for patients with myasthenia gravis. A few months ago, she started a blog called Uncharted Malady to “help people [with chronic illnesses] advocate for themselves, learn how to take care of themselves the best they can and do their part as a patient.” She says it’s therapeutic for her to write about her ongoing story with myasthenia gravis.

Alexis is an Ambassador for AllStripes’ myasthenia gravis research program and has signed up to receive all of her medical records in a secure online portal and contribute her de-identified medical data to research projects. She is excited to receive her records and finds that aspect of the AllStripes platform a major benefit for someone with a rare chronic illness.

“I think it’s awesome that AllStripes provides the medical records. I think that is a benefit to every single person that deals with a chronic illness.”