A Day in the Life With Sadie 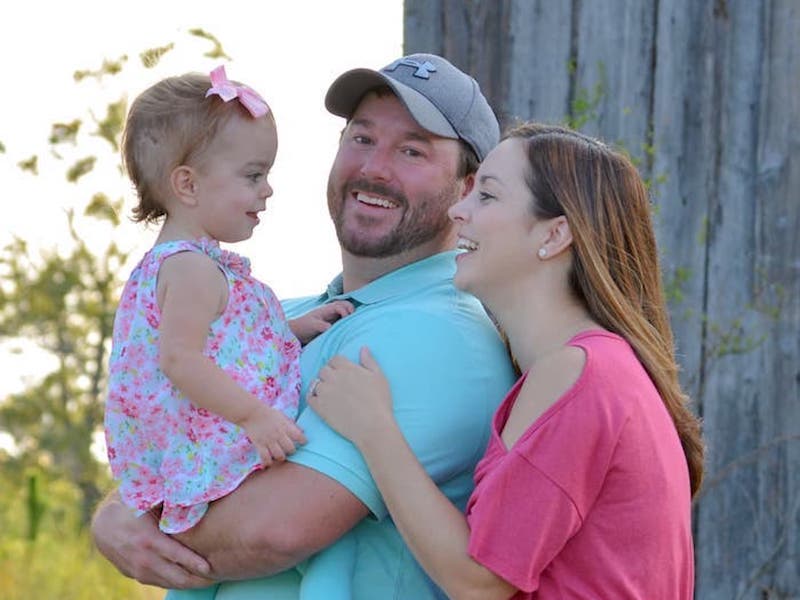 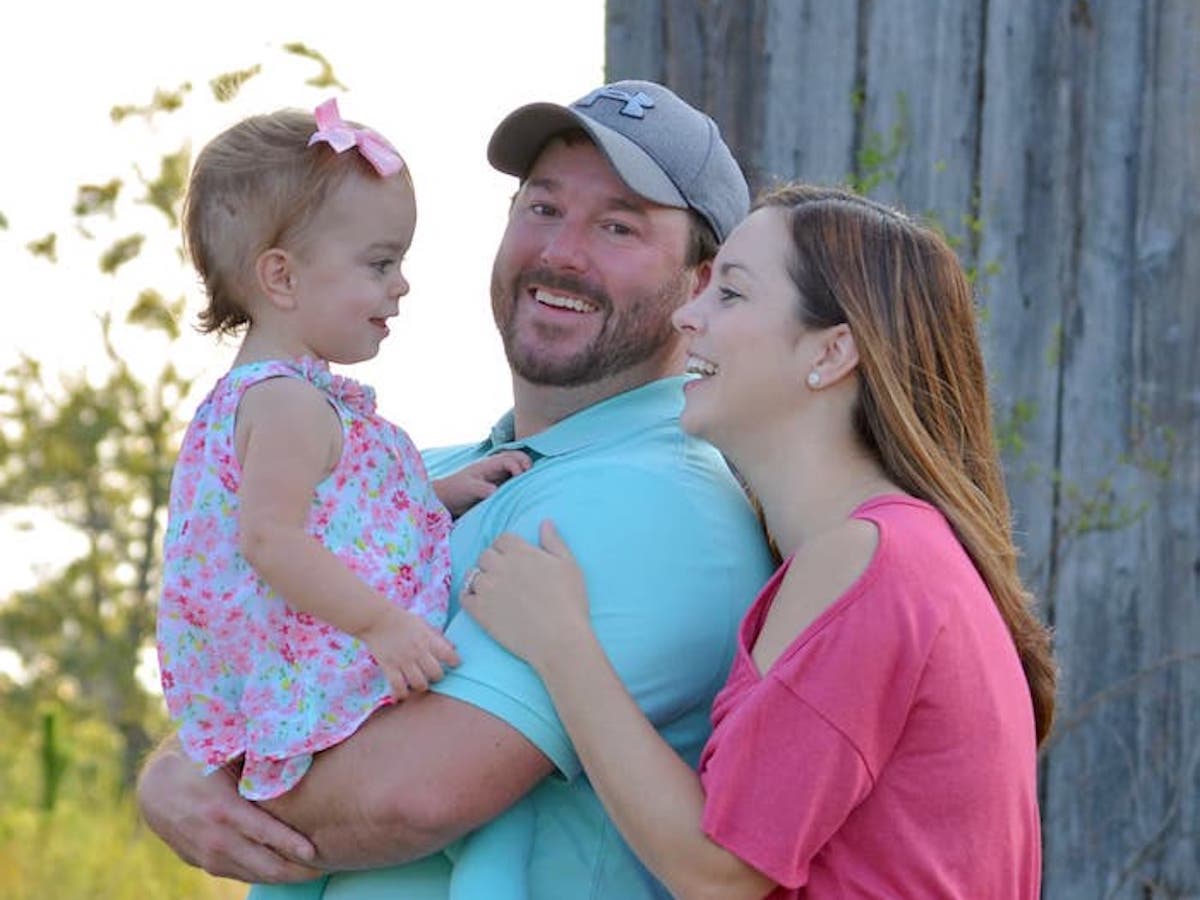 Sadie hasn't really regressed as much as most kids her age with Sanfilippo, but the more therapy, the better.
By Ashley Smith Haywood, as-told-to AllStripes

After an uneventful pregnancy, Ashley Smith Haywood gave birth to a daughter, Sadie, in 2016. Soon after her birth, Sadie was diagnosed with Sanfilippo syndrome, a rare severe lysosomal storage condition that results in devastating damage to the central nervous system. Children with Sanfilippo syndrome gradually lose their memory and ability to walk, talk and feed themselves. As a result, children with this condition need a great deal of care. Here, Ashley describes what her days are like caring for Sadie, who loves school, being in water and, like so many kids, the megahit song “Baby Shark.”

Sadie hasn't really regressed as much as most kids her age with Sanfilippo. She’s six now, and she was in a clinical trial for two years, and we think that that made a huge difference in how she's doing now. Since she got out of the trial, Sadie has had a lot of hyperactivity, so that is really hard. If we go out in public, we have to hold her hand in a parking lot, or her wrist, just because she'll just take off running. She's in a special needs class at school in kindergarten, which starts a little bit later in the morning.

Sadie does really well at school. She loves school. At lunch, she usually gets kind of dirty. Sometimes the school will send me a message to let me know: “Hey, she spilled her milk all over her," or "We had spaghetti today, and it's all over her, so we changed her clothes.” She always has an extra change of clothes at school. She's not potty trained, but we do try to take her to the potty every couple hours at home, and they do at school, too. If she has an accident, the school will let me know. But normally, she does really well.

After school, Sadie’s grandma picks her up. Pretty much every day of the week, she has some kind of therapy after school for an hour: on Mondays, she has occupational therapy; on Tuesdays, she has physical therapy; on Wednesdays, she has speech therapy; and on Thursday, she has a tutor, who I hired during COVID, because virtual school was not that great for her. So we’ve kept her on. Friday is the only day she has free after school. She gets therapy through school, too, but again, they didn’t have that during COVID. The more therapy for her, the better.

After therapy, and after I’m done with work, I'll pick Sadie up from her grandma's. Then we come home, and we do the normal things: eat dinner, take a bath, get ready for bed, get everything ready for the next day. Dinner making is a little difficult, because she likes to try to help, and when she's eating dinner, she's not very good at feeding herself. She can, but it's messy. Sometimes, we will feed her just to avoid the mess if we're running late, but we try to let her do it as much as we can, just to keep that up and learn how to do it.

Bath time is kind of fun. She likes to be in the water, but she doesn't like the bath part. She loves playing in the water. She just doesn't want us to actually bathe her. She has lots of toys in the bathtub that distract her — we have a bubble machine that plays the “Baby Shark” song, because she's been obsessed with that forever. After a bath, we do lotion and brush our hair, and that's also difficult, because she's trying to run around. I’ve accepted that she’s not going to sit for it, so I just have to run around the house with her and do it as I can. It's kind of crazy. I'm sure if somebody was in here watching, they'd be like, "What are you doing? Why are you chasing this kid around with a hair brush?"

Brushing her teeth is really hard. I don't know why she doesn't like that, but any time we have the toothbrush in her mouth, she will bite down on the toothbrush. I have to keep a bunch of extra toothbrushes on hand because she bites down on it, and gets the bristles all messed up, so we have to change those out every month or so. We use special toothbrushes that are three-sided, so you don't have to brush quite as much, which is really nice. I just learned about those a couple months ago.

Sadie loves to have a bedtime story read to her, and she's a pretty good sleeper. She gets up kind of early — like 5:00 or 6:00 sometimes — but going to sleep, she doesn't really have any issues. She does go through spurts, maybe every other month or so, when she will have a hard time sleeping for about a week, or she'll wake up in the middle of the night and be up for a little while. Normally we can give her her iPad, and eventually she'll fall asleep watching that, but that doesn't happen very often. Our days are busy and full, and they probably look a bit different from the days of families with a child who has Sanfilippo and has regressed a lot more.

I heard about AllStripes through the Cure Sanfilippo Foundation. It's been very helpful for us to have everything in one spot. She sees different doctors at different places, so otherwise, it's three or four different portals I have to log into — but with AllStripes, it's one portal. So it's really been very helpful for me, because a lot of her doctors don't know a lot about Sanfilippo, so I have to explain everything, or they'll want to see results from a different doctor, and I can easily pull it up from the AllStripes portal.