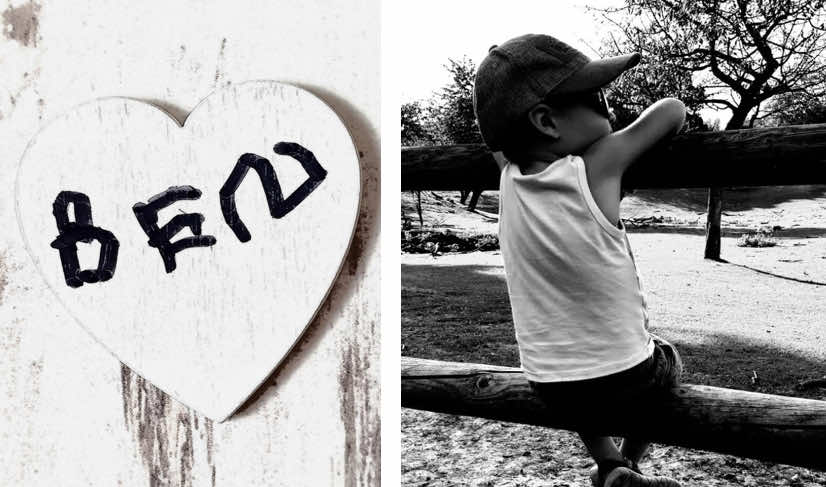 Today, Ben is 5 years old. Stephan describes him as the funniest and smartest person he knows and a “very wise soul.”
By Taylor Kane

In July 2018, Ben began having undefined seizures and was described by his father as “wobbly on his feet.” Various examinations at different hospitals were not providing any answers, which drove the family to pursue whole exome sequencing. While they awaited the results, Ben started having additional symptoms of shaking and squinting.

Based on the results of the sequencing and an emergency MRI in November 2019, which showed lesions on Ben’s brain, he was diagnosed with SURF1-associated Leigh syndrome.

Stephan says he didn’t expect the diagnosis and that he and his wife felt like they were alone in the world. “We thought getting a diagnosis would finally make it easier, but the diagnosis pulled the rug from under our feet.” There is no treatment for SURF1-associated Leigh syndrome, which causes degeneration of the central nervous system and results in rapid neurological deterioration and loss of motor skills. However, Stephan is very hopeful about the work of CureSURF1 and for investigational gene therapy as a treatment for Leigh syndrome. By joining AllStripes, Stephan is also part of a community growing knowledge about the condition to improve the future for his son and all children with SURF1-associated Leigh syndrome.

“We have a diagnosis and a battle to be won to get treatment.”

Today, Ben is 5 years old. Stephan describes him as the funniest and smartest person he knows, and a “very wise soul.” While life as a rare disease caregiver isn’t always easy, Stephan says a smile from his son helps him regain his strength.

If Stephan could go back in time to when Ben was first diagnosed with Leigh syndrome, he would tell himself that he can get through this. Ben’s Leigh syndrome symptoms remain relatively mild, and Stephan hopes they stay that way.

Still, Stephan is eager for a treatment for his son as soon as possible.