‘Make Sure You Find a Support System’ 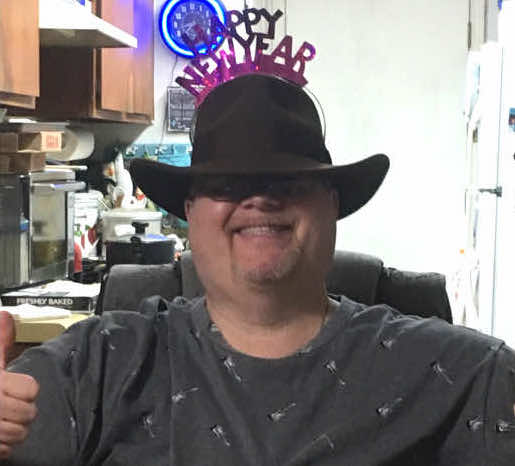 Sherman, who has CIDP, shares his advice for others in the rare disease community.
By Catherine Cooke

It began in his feet — a slight numbing sensation and then pain that continued to grow. Many people questioned Sherman: “How can you have both numbing and pain at the same time?” And while he couldn’t explain why, he just knew that this was what he was feeling, if only someone would listen.

After two years of referrals, tests and constant appointments, a neurologist asked Sherman a life-changing question: “Have you ever heard of CIDP?”

CIDP, or chronic inflammatory demyelinating polyneuropathy, is a rare disease that attacks the peripheral nervous system. It attacks the myelin, which insulates nerves, and can cause permanent nerve damage.

This treatment, for CIDP patients, is called intravenous immunoglobulin therapy (IVIG). Sherman was told that there is no definitive test for CIDP. The only way to determine if he received a correct diagnosis was to start on IVIG and see if the nerves began to get better.

While this seemed simple enough, the consequences were devastating.

“It was a scary thing for me,” Sherman reflects. “The viscosity of the IVIG is pretty thick, so you have to make sure you drink a lot of fluids, or it can damage your kidneys. It can cause heart problems. It basically knocks you on your butt.”

Ultimately, he decided, “I’ve got to do something to get some relief.”

Even after several years of treatment, Sherman wasn’t entirely sure how well the IVIG was working until he recently had to go without. A few months ago, he developed an infection and had to go on antibiotics, which can’t be taken in conjunction with IVIG therapy. In only five months of no treatment, Sherman is now barely able to walk. His legs are numb from the knee down, and he’s in the process of getting an electric wheelchair and hospital bed.

What frustrates Sherman more than his deteriorating condition is the lack of willingness by the medical community to find treatment.

“If you could pick a disease to pick a cure for, you think you’d pick a disease where it costs a lot of money to treat.” At $105,000 per day of IVIG treatment and two days of treatment every three weeks, Sherman says he’s a very expensive patient for his insurance company.

He loves that AllStripes puts “information into one central place where researchers can go and see all this data ... that’s already been vetted. There’s this wealth of information that AllStripes provides so that these rare diseases, which may be rare but are not unknown.”

But Sherman didn’t just join a research platform. He became an AllStripes Ambassador with a network of fellow “zebras,” the official symbol for the rare disease community that’s often used in solidarity.

One of the things Sherman most emphasizes to fellow rare disease patients is, “Make sure that you find a support system and be ready for a fight. It becomes extremely overwhelming, but when you see other people in your support system having good days, it helps you to realize, ‘I remember that. Maybe tomorrow will be that day for me.’”

If you have been impacted by
CIDP
,
learn more about the benefits of joining AllStripes
by visiting our
CIDP
research program page.
Share: