We Were Asking Questions Nobody Could Answer 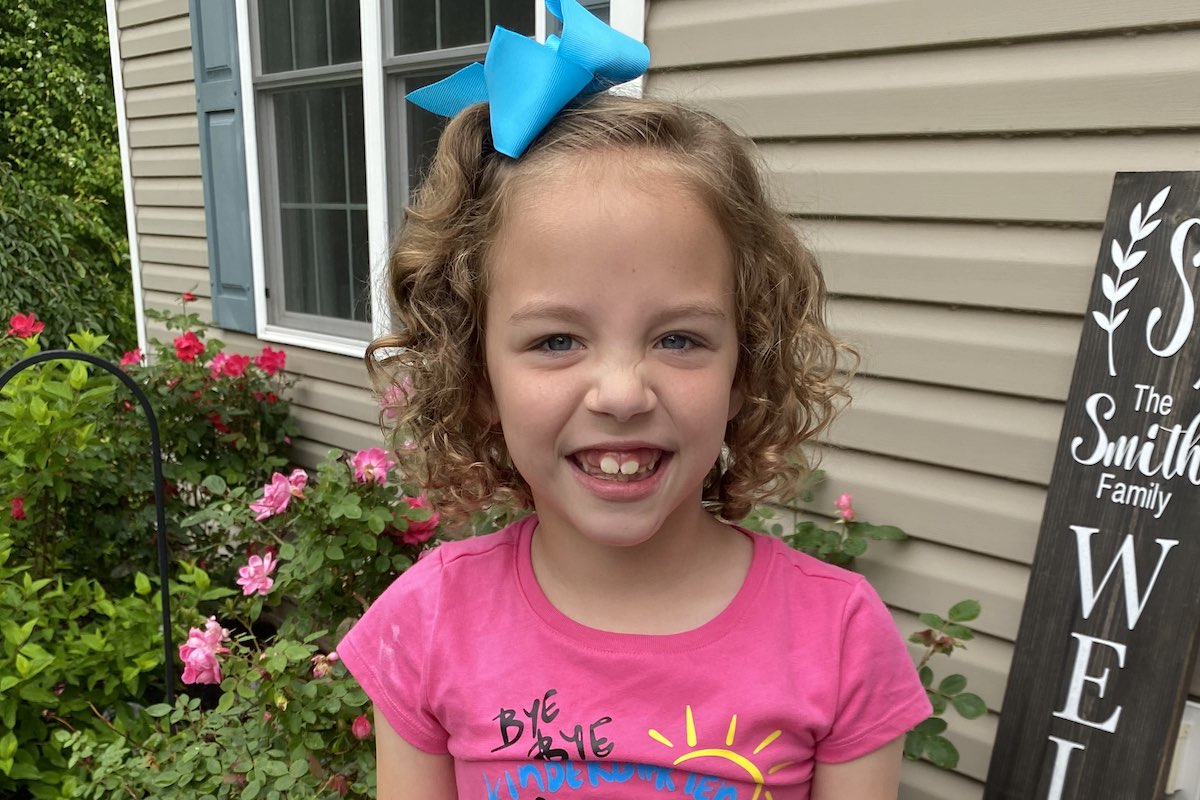 Those first few hours were tough; we were asking questions nobody could answer because MMA is rare.
by Patrick, as-told-to José Vadi

After Pat’s wife, Britt, delivered twins, newborn screening showed that the oldest twin, Emma, had methylmalonic acidemia (MMA). MMA is a genetic condition where individuals cannot break down certain proteins and fats, leading to the build-up of harmful toxins that can cause damage to the kidneys, liver, pancreas and brain. MMA requires lifelong management and in some cases, can be life-threatening. Current management is aimed at controlling the diet to reduce protein intake and prevent metabolic crises caused by fasting, fever, infection and injury.

Pat spoke with AllStripes about Emma’s journey, the Facebook post that led to finding a living liver donor and how focusing on the numbers helps him and his wife manage Emma’s MMA.

Emma and Owen were born at 34 weeks and whisked away to the NICU. Emma's MMA was caught on her newborn screening when she was four days old. Initially our doctors gave us a two page printout about MMA and it was pretty scary.

Those first few hours were tough; we were asking questions nobody could answer because MMA is rare.

Fast forward eight hours later when we were referred to Children's Hospital in Pittsburgh, right across the town. We met with one of the geneticists who calmly sat on the couch with us and explained that this is serious, but it didn't have to be a death sentence.

Emma ended up being in the hospital for her first 23 days. I made an agreement with the chair of the department for me to stop Googling MMA. He said, “You know, we have a thousand examples of kids doing well. A lot of times medical journals highlight the complications so that doctors can know what to look out for.” From that point on, I just trusted the doctors. Pittsburgh is one of few cities to have centers for metabolic diseases in children. I don't think we realized how fortunate we were until much later.

We didn't go home with the babies. My wife was discharged from her room and we walked in another entrance and spent the day at the NICU. It was tough. Then on day four, Emma was transferred to Children’s Hospital. Owen was still in the NICU at the first hospital in Pittsburgh, while Emma was at the NICU at Children’s across town – and we have a two year old Mia who was at home with one of our parents.

Those first few days, you just keep moving. I don't think the weight of the diagnosis settled in until Emma was discharged. That night, it felt like, now you have two newborns and a two year old, and one of your newborns has a pretty serious diagnosis. And from there, we just had to get to it.

We describe MMA to people as similar to diabetes. Emma needs protein to grow, but essentially the protein is also poisoning her. Her body doesn't break down or process protein. She can't have too much protein but she can’t have zero either; it's a range of what she can have.

Over Emma’s first two and a half years, we found a routine. My wife was a math teacher and I’m a swimming coach, which has a lot to do with numbers. So calculating protein goals, calorie goals, fluid goals… that's how our brains work. We’re numbers people, you know? Those first two years, Emma had been hospitalized a few times, but most of the hospitalizations did not last longer than 36 hours or so. She seemed to kind of bounce back quickly.

The doctors had mentioned a possible liver transplant when she was diagnosed, but as a down-the-road procedure. When Emma was four, in the fall of 2019, she seemed to get sick a lot and her hospitalizations were lasting longer. A week in October, a week in November, a week in December. Whereas before she seemed to bounce back, that wasn't the case. In early December 2019, we decided to list her for liver transplant,

Emma ended up having a living donor transplant from somebody with whom I had a loose work affiliation named Landis. We put out a plea on Facebook and Landis said she wanted to do something impactful for her 30th birthday. Now, Landis has really become a member of the family. She's gone trick-or-treating with us. She comes to Emma's ballet recitals.

On March 17th, 2020 Emma had a liver transplant. Pretty much the day that the world shut down from COVID. My wife and I didn’t leave the hospital for about 24 days until Emma was discharged because we were afraid that they wouldn't let us back in. We had canceled our summer vacation plans already because Emma would be recovering. We had kind of joked that we were going to be quarantining that summer anyway – and the whole world ended up doing it with us.

We're still very diligent with illness. It's not that she’s totally avoided the hospital, but she seems to bounce back. She played soccer and softball this year and did ballet. Her level of methylmalonic acid in her blood is still extremely high, but it's about 80% lower than it was before and it's become a bit more manageable as we wait for new therapies to help her even more.

If you have been impacted by
MMA
,
learn more about the benefits of joining AllStripes
by visiting our
MMA
research program page.
Share: